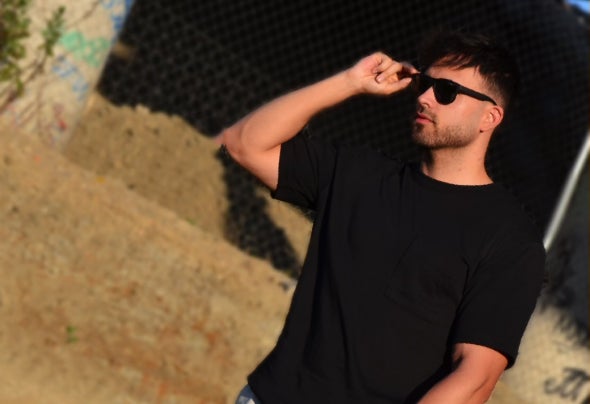 Marcel Scott aka Deepsour was born in Madrid in 1990. At the age of 8, and because of his older brother, he discovered a kind of electronic music that would define the end of a century and the beginning another one, which was known as the golden age of electronic music in Madrid. In 2005, he took a leap and bought his first turntables. Driven by his passion, he always found a minute to practice seaking for his personal touch. In 2008, he wanted to take a step forward so he enrolled for the Sound Technician degree in CEV music school in Madrid. After several years developing his understanding of sound, in 2011 he focused on production and took his first courses, taught by important producers in the country such as Sergy Castle or Alex TrackOne. In 2015, he got his first single released on the German label Ultimative Music. After 3 years of hard work, in 2017, he got graduated on Music Production and Engineering through CEV music school (Madrid). In 2019, he started working as an assistant for Antonio Escobar, one of the best producers and engineers in the country. Due to the COVID-19 pandemic, in 2020, his stage as an assistant for Antonio got to an end, and he enrolled for his last course about mix and mastering with Guillermo Marín, international renown sound engineer. Marcel is releasing his own productions through international labels such as Up All Night, Day Dose Of House, Addicting Records, Clipper Sound or Blanco & Negro, as well as selling songs as a ghost producer and doing production for other artists. In 2022 Marcel recovers his old alias "Deepsour" to release underground music, releasing their first Cadmium/Ethereal EP with Rave Up records.