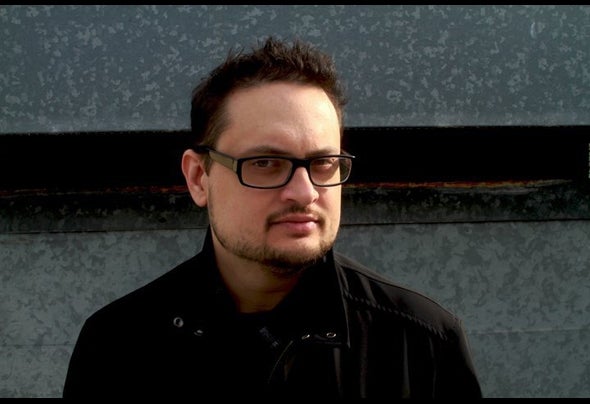 In 1999 and 2000, David held down residencies at Hollywood's Opium Den and LA's infamous and long running afterhours, Insomnia. During that time, he played with some very influential and prominent DJs, including Christopher Lawrence, Donald Glaude, DJ Dan, Mark Farina, Marques Wyatt, Mark Lewis, and Julius Papp. However, it was at this time he decided to leave his residencies to focus solely on sound design. In 2000, at the age of 26, his success as a sound designer became evident when he won an Emmy for the television show "ER”, and began working on his first major motion picture in that same year. Now, some of his credits include "The Island”, "300”, "Speed Racer”, "Watchmen”, "G.I. Joe”, and "Sucker Punch”. In 1998, while living in Los Angeles, David produced a "white-label" with longtime friend DeeJay Tone. Their track "Billie Holliday”, a mash-up of Michael Jackson's "Billie Jean”, and Madonna's "Holiday”, garnered attention and airplay from Los Angeles' KCRW and Jason Bentley. During a road trip along the west coast, David managed to sell more than 600 of the copies of their track to record stores along the way. After years of regretting leaving DJing behind, in August 2010 David moved to San Francisco to give it one last shot. He is now a resident at Temple Nightclub and co-founded "SUSTAIN", an internet radio show and happy hour based out of Ki Sushi/Temple. In March 2011, he had the honor of playing at Mixology's 11th Annual WMC closing party at Nikki Beach Nightclub in South Beach, Miami. David and DeeJay Tone have teamed up again for the first time in years, with a remix of Jaswho?'s "Solar Future", and Cold Blank's "ReDroid" out now on TMG. Also in the pipeline is a Dub Mentals remix due out on Jah Love Recordings. With gigs coming together up and down the west coast, including recent appearances in Seattle, Sacramento, Golden Gate Park, Burning Man 2011:Rites of Passage, LovEvolution, and The End Up, David is poised to have made 2011 a big year!