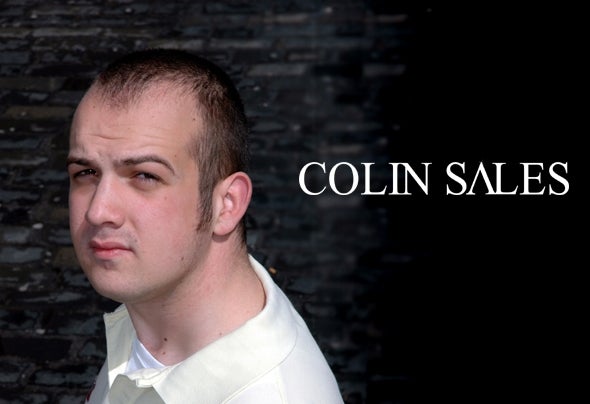 Since he first picked up the headphones in 2004, Colin has made some remarkable achievements. His first real gig was a night he put on himself called Shake Your Booty, and this was soon followed by his own Sounds In The City events. Later that year, he secured his first gig with Colours, playing a house set at the Arches in Glasgow (a club which inspired Colin since he first set foot in it). He also setup his own online radio show, which to this day is still gaining new listeners and followers, and is now broadcast live in Glasgow on Pulse 98.4FM every Wednesday evening (and can still be heard live online or via podcast). The next year, Colin was invited to play at a series of gigs for the After-Shock brand at the UK’s biggest dance festivals, Homelands, Global Gathering and Creamfields. He also produced and presented Defected In The House radio (on top of his own show), and has since won regular residencies at some of Glasgow’s coolest bars and clubs – including Karbon, November, Bread & Butter, Bar Kandi, Rust (Monkey Bar) as well as out of town across Scotland, namely Dusk in Stirling and Karma in Airdrie. In addition to this, Colin has DJ’d on Ministry Of Sound’s tour events, including for Dance Nation, Smoove, Hed Kandi, Annual and Clubbers Guide brands. Colin also helps behind the scenes as tour manager for these events gaining him valuable experience in this part of the industry. He joined Ministry Of Sound’s exciting new brand –VIP- in 2011. Colin maintained a 7 year residency with Colours from 2004-2011, playing at their Arches club nights and at events such as ColoursFest, Tiesto Tours, Live At Loch Lomond and EH1. Colin also provides a soundtrack for shoppers in Glasgow’s fashionable Cruise store. His bread & butter is soulful & vocal house music, which also led to him becoming Scottish resident for Hed Kandi’s Stereo Sushi brand from 2008 – 2011. He has however also been known to pump things up a bit and play deeper, tech, and electro sounds when required, and this has also led to bookings for Colin to play sets for a more discerning crowd. Since 2007, Colin has also taken to producing the type of music he loves, and has a number of key releases and remixes with various labels including Universe Media, Open Bar Music, Reelgroove and more, and these have been getting support from the likes of Roger Sanchez, Grant Nelson, Andy Ward, Laurent Garnier and many more. In addition to learning the technical skills to make it as a DJ and producer, Colin has utilised the latest online technology to ensure his name gets out there, providing fans and clubbers with up to the minute information on everything he’s up to. He’s also been making full use of the latest DJ technology (Colin was one of the first DJs in the world to DJ with an ipod touch). So no matter what time of the day or night, and no matter where you are, Colin will play you something to suit the mood perfectly – and do it in style.