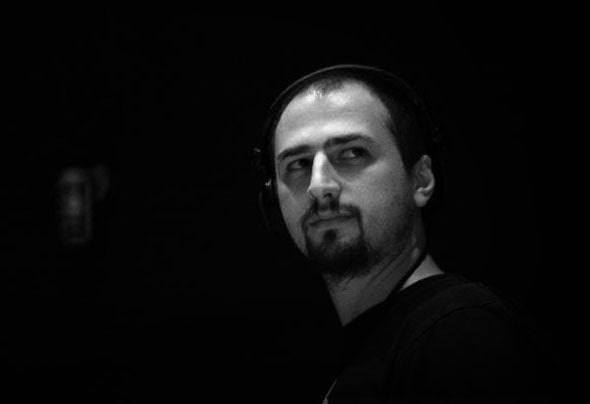 Ceasar K is a DJ, Producer, Turntablist and record collectorfrom Beirut City.The pioneer of the Breakbeat genre in both Lebanon and the Middle East since the late 90s, Ceasar is today an in- demand remixer and producer with numerous releases on reputable record labels worldwide as well as on his own,‘VL Records'.VL aka 'Vibe Lebanon' is an independent EDM entity based in Beirut which is home for an internet radio, a record label as well as an online dance music shop.Winner of the 2004 Heineken Found at Thirst DJ Competition and later on a Jury member in that same competition, Ceasar has performed throughout Lebanon, the Middle East, Europe and the USA either as a DJ, a live act or a turntablist.Throughout the last decade, he has had the opportunity to work and collaborate with artists such as RZA from the Wu- tang Clan, Shavo from 'System of a down' and the outstanding artist and producer 'Nile Rodgers'.His sets stand out as being highly original and technical with a touch of old school that also reflects in his music, which often carries subtle influences from both the 80s and the 90s .From 2001 to 2011, Ceasar pushed breakbeat to the masses through his radio show 'The Action pack' which aired on VLOnline Radio before also hitting the local Lebanese airwaves [Radio One 105.5].His love for the old school and true DJing culture has also led him to open alongside some of his friends sharing the same passion, the first bar in the middle east dedicated to playing strictly vinyl records--Flipside established itself as the place to be for all record collectors, vinyl DJs and everyone that is passionate about the best music format of all times.Ceasar is also behind another unique concept venue in Beirut ‘T he Silver Factory’ which is a real operating silverware factory in which he hosts underground events on a regular basis—back to the basics—a purely industrial venue with just an earth shattering sound system and a bar.More recently, Ceasar was selected as a Onebeat 2012 fellow [1beat.org] which led him to take part in a 2 week music residency in Florida and 2 other weeks of touring the US east coast all the way up to New York City alongside 32 other musicians from around the world.