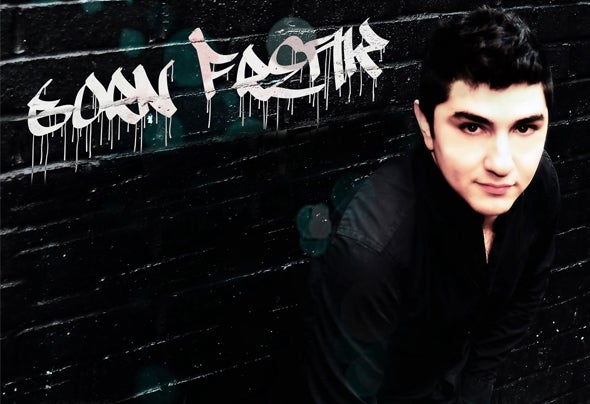 Born Freak’s style captures multiple genres, but is always unmistakably his. This is only the start for him.”Born Freak, aka. Kasra Mossayeri, is the latest rising star making waves in the inner sanctums of Mau5trap Records. His genre-bending blend of electro, techno and house has seen him ear-marked for great things over the coming months.The fact that he lists such a wide variety of music legends as his influences is a testament to the diversity that can be heard across his productions. From Massive Attack, John Digweed and Klaus Shulze to Gui Boratto, Fairmont and Kaskade, Born Freak is the electronic Frankenstein that those before him have created!He exploded on to the scene in July 2012 when his debut release, “Cocktail Bar”, was featured on the highly successful Mau5trap compilation album, “We Are Friends: Volume 1.” It still remains the third most downloaded track from the album and, after much acclaim, he has been invited back to appear on the second volume, due out in March. His laid back persona belies an incredible work-ethic and 2013 is already shaping up to be a busy year.Aside from the Mau5trap project, Born Freak founded his own record label, Freak Trix, in 2013. April sees the launch of his first solo album, “No One Cares About the Monkeys”, which guarantees an uplifting, ecstatic blend of heavy bass lines with original synth melodies, all engineered to the utmost quality of crystal-clear sound in his own studio.His foray into the world of EDM began long before Mau5trap came calling. By the age of 16, Born Freak had begun making an indelible impression on the public, DJing at an array of electronic festivals around Europe. The next 6 years took him on a learning experience like no other, mixing and mastering live shows across the continent at Sziget, Ozora and Shiva Moon festivals, amongst others.Hotly tipped for big things across the dance music industry, Born Freak, as his name suggests, is quite simply like no other.