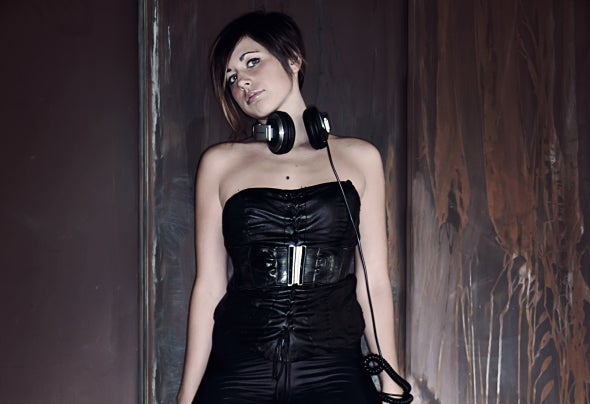 Aura Scarsella ,Italian DJ and Producer, was born the 30 December 1990 in Venice. Already in the young age of 7 years begins her passion for music and she began playing the violin and the piano.Already at the young age of 13 years felt drawn to the underground culture and began to attend clubs and discos in Barcelona and playing some music there. She returned to Venice and stop playing for several reasons in 2004.During the summer of 2007 returns the occasion to play in a rave party in Berlin during the summer holidays and so the passion is rekindled, and since then has not stopped.In Italy he performed in various clubs as well, Molo 5 (VE), Pachuca (VE), Imperial (VE), Club 22 (VE), Aurora (VE), Orange (VE), TAG (VE), DES ILLE FOLIES music festival (VE), Dogado (VE), Hilton (VE), 947 (VE),Pop Corn after hours (VE) QUEEN (MI) (....) In 2009 she started his career as a producer with some singles realised on i-tunes. She moved to Ibiza in search of new opportunities and where to acquire more knowledge of music, during the summer 2010,she played in several partyes “capadi rebels” in and became one of the official dj’s having the chance to perform with the highest caliber international DJs such as sis, auri, sistem of suvivals, Luca Agnelli, and many others. In 2011 she moved to Berlin and decided to investigate what are his musical knowledge by studying sound engineering, electroacoustics, sound psychology and specializing in Ableton Live and Logic.Collaborate with severals labels on Beatport: Dreams Rec, Code2 Rec, Jambalay Rec, Footmusic Rec, Lcr Rec, Intellectro Vibe Rec, Neurotical Rec (...) He recently participated in a television program on DEEJAYTV (Italy) Glamdjette.