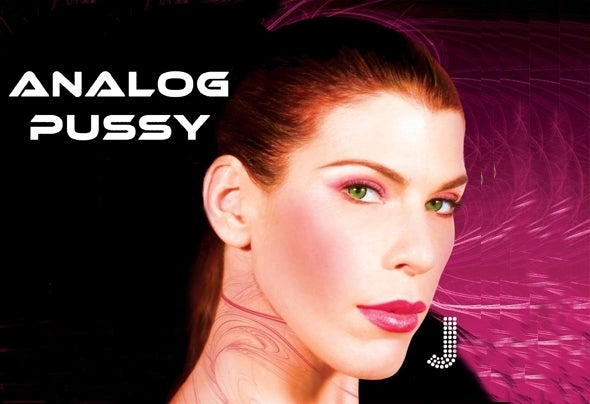 Analog Pussy is a PsyTrance band from Berlin, Featuring JigaAnalog Pussy released 7 albums and played all around the world.Jiga was born in Jerusalem and played bass for metal bands.Wanting be more than a bassist, she bought a $50 synthesizer and a computer and began producing on her own.She met Jinno, A synthesizers freak, and formed Analog Pussy in 1997.With no money or label, they used the internet and word to mouth to build a following. In 2000 they relocated from Israel to Germany and established their own label AP Records.Main Albums: Psycho Bitch from hell, Underground, Trance N Roll, Mister Clown.In 2007 Jiga and Jinno parted and Jiga continues to play around the world as Analog Pussy