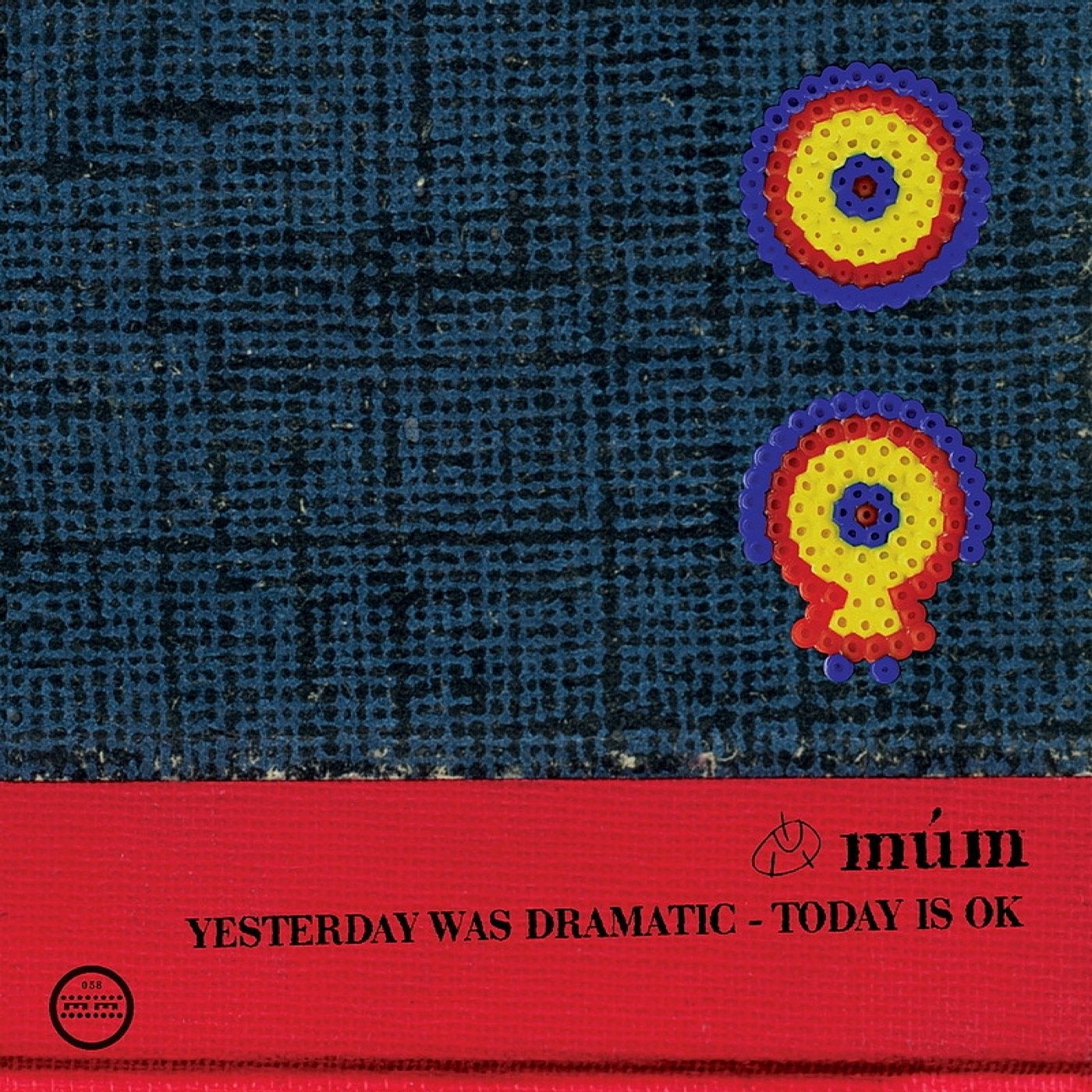 In 1999, on December 23 to be precise, the electronic music landscape changed forever. On that day, the now legendary Icelandic band múm released their debut album "Yesterday Was Dramatic – Today Is OK". The thing is though, back in the day, hardly anybody realized. It was Christmas after all, people were busy with potentially more important things and didn't pay attention to some kids selling records on Reykjavík's high street. Little did those shoppers know.

Thankfully, those 10 tracks weren't overlooked for long. On the contrary: the album went on to become one of the most influential building blocks of what back then was called electronica and today is considered an art form playing a crucial and important role in shaping and defining the rich electronic music culture of the 21st century. Now, 20 years after the record dropped onto planet Earth, Morr Music is re-issuing the remastered album with its original artwork, adding newly commissioned re-works: A note-for-note representation of "Smell Memory" by Kronos Quartet (with additional drums by múm's Samuli Kosminen), a gentle reinterpretation of "Random Summer" by acclaimed pianist and composer Hauschka and an otherworldly new version of "Ballad Of The Broken String" recorded by label mate Sóley. Additionally, four remixes produced in the early 2000s are made available for the first time ever on vinyl here.

In 1999, electronic music was in full bloom. The dance floors were thriving worldwide.Yet the concept of using electronic sounds in acoustic-based productions (or vice versa) was still in its infancy. Many producers were trying, most of them failed. The results felt often forced, fabricated, unimaginative, random and forgettable. New ideas require new mindsets after all. With "Yesterday Was Dramatic – Today Is OK", múm established a new approach in music production. Instead of setting a fixed agenda and working with a distinct hierarchy for their sonic palette, Gyða Valtýsdóttir, Kristín Anna Valtýsdóttir, Gunnar Örn Tynes and Örvar Smárason let each instrument and sound source be true to itself, creating an ever-evolving universe of sonic bliss. Listening to the album in 2019 still makes every music lover's heart jump. Combining Drill-and-Bass-inspired beat-chopping, future-informed DSP-programming, ethereal vocal work, indie rock's boominess, folk music's soulful brittleness and a lofty feeling for melody and arrangement, the album is a rare example of musical transcendence and remains impossible to categorize.

Many of the ideas formulated and recorded for the album quickly became an integral part of the canonical self-conception musicians around the world were and still are aspiring to. How these ideas really came about, though, is not known – the dynamics, the struggles, the qualms, the sudden realization of having achieved something which might actually stick. Maybe that is a good thing. Örvar Smárason remembers that most of the album "was recorded in a tiny, sweaty room in the summer of 1999 with carpenters banging nails around us, but sometimes we put on headphones so we couldn't hear them." It is a good thing they did. As is often the case with classics, all one can do is listen closely and let the magic sink in – again and again.

Yesterday Was Dramatic – Today Is OK