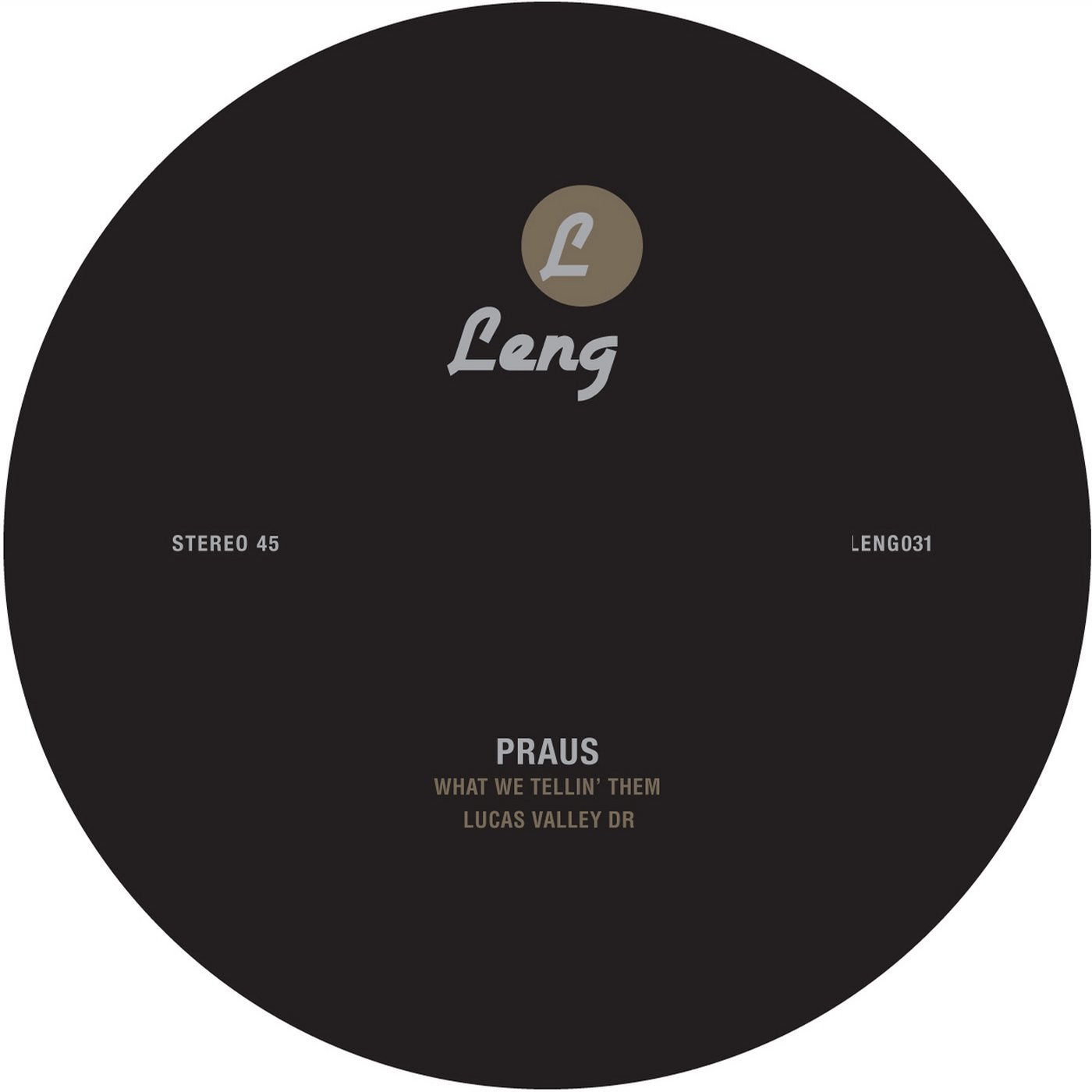 Josh Praus has been involved in San Franciscos Bay Area scene for the last two decades. A prolific collector and player of records, What We Tellin Them marks his first public outing as a producer. As debuts go, its pretty darn impressive. Praus has been working hard in the studio over the last three years, creating tracks that draw influence from a wide range of styles and artists. He cites downtempo, disco, house, Italo and techno as major inspirations, and listeners may hear elements from all of these disparate styles on this assured, confident EP. Some may hear echoes of the trippy, tribal-influenced house sound of Siesta and Tango Recordings in the dense, drum-heavy shuffle of What We Tellin Them, while others may find comparisons with African rhythm tracks and hypnotic, late night techno. However you frame it, What We Tellin Them is an impressively percussive, mid-tempo workout designed to tease and titillate late night dancefloors. Flipside Lucas Valley Dr, featuring the dreamy, freestyle vocals of experienced San Fran singer Nina Lares, couldnt be more different. Sparse, synthesizer-driven and undeniably intoxicating, it seemingly channels the spirit of both dubbed-out West Coast deep house, and the similarly delay-laden New York proto-house of Winston Jones and Paul Simpson. Throw in clear Italo-disco and Chicken Lips influences, and youve got something thats undeniably magical. Both tracks were produced by Josh Praus at his home studio, with additional production, mixing and mastering by friend Layne Fox, best known as part of regular Leng contributors 40 Thieves.

What We Tellin Them / Lucas Valley Dr