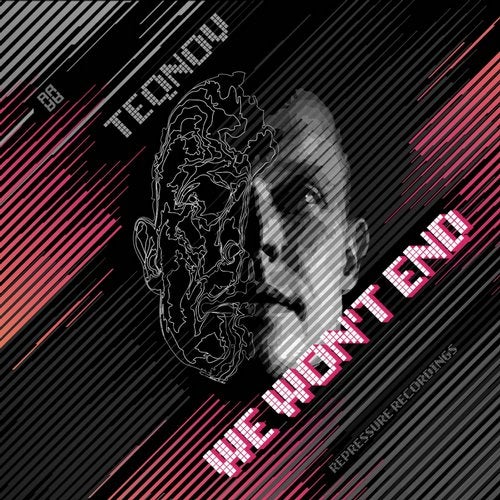 Teqnov's 'WE WON'T END' combines strong percussions with funky old school and early techno vibes. He brings a new flavor to the techno scene with a typical sound that can be described as funky & intense.

Last few years he has moved towards techno and with his debut 'Vintage Flows'', (2017) on Repressure Recordings he set his name in the techno scene and he is here to stay.

Remixes are done by Italian DJ duo 'POLS' and Denmark's finest 'Audiolog'. 'POLS' gained a lot of attention with their signature sound of heavy-hitters including 'Paco Osuna', 'Luigi Madonna' and 'Richie Hawtin' with their 1st EP 'Lost in #Berlin' (Frequenza Records).

'Audiolog' is a Copenhagen based techno producer, DJ, and label owner founded in 2010. Growing up playing in various punk and industrial bands, his passion for rough electronics shines through in his techno productions, both in groove and harmonics and often applies some form of "hook" to catch the listeners attention. He is known for his great live acts and has performed in Denmark, Sweden and Brazil.