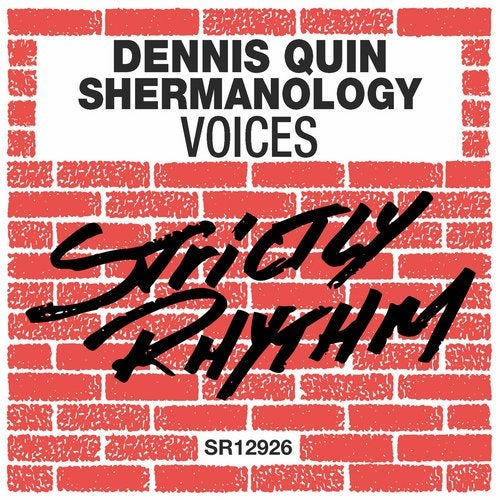 The irresistible force of nature that is Amsterdam's Dennis Quin has bustled his way into the top flight of house producers over the last few years. Inspired by 90s house as a teenager and helped along by legendary Amsterdam record shop Rhythm Import, Dennis cut his teeth as a DJ and progressed into production at the dawn of the 2010s. Lately he's been hitting the top of his game with releases on Simma Black, Madhouse, Snatch! and Food, and collaborating with the likes of Low Steppa, Todd Terry, Full Intention and Roog. Fellow lowlanders Dorothy and Andy Sherman, aka Shermanology, are Quin's partners in crime for his Strictly debut, Voices. Experienced artists who've worked with a raft of crossover electronic acts like Fedde le Grand, Avicii, Afrojack, Laidback Luke and R3hab, Shermanology's slick melodies and vocals add an extra dimension to Quin's deliberately referential production; just feel the width of that bass!