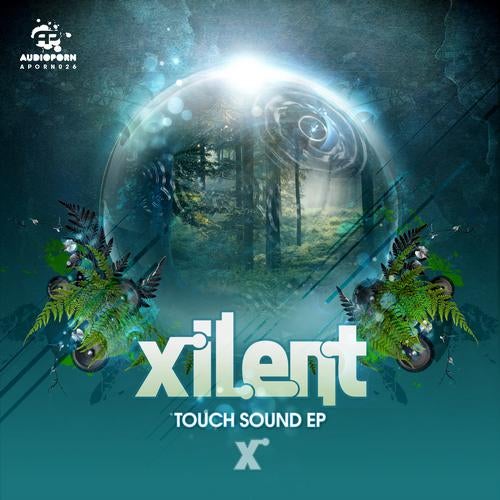 2012 has been a landmark year in the life of Xilent. The year kicked off with the release of his epic DnB four tracker, the Ultrafunk EP, which not only cut a swathe through radio land (with everyone from Annie Mac, Zane Lowe and Fearne Cotton to Friction, Mistajam and Andi Durrant caning tracks) but also created mass online hype about the supposed birth of the Ultrafunk genre (egged on with tongue firmly in cheek by Xilent himself!). With Xilent's name spreading across the globe (in no small part to his increasingly hectic DJ schedule), he has also been asked to remix everyone from the queen of pop herself Katy Perry (who personally gave the ok on Xilents rework) to bass music superstar Subfocus and apocalyptic dubstep hero Excision.To round off the year, Xilent comes with two quick fire releases. First up is the genre switching Touch Sound EP which once again proves Xilents killer touch whatever the bpm, to be followed just before Xmas by a standalone, as yet unnamed, single which is being kept firmly under wraps for the time being in the AudioPorn dub vault. Always pushing his sound into new territories, both geographically and sonically, Xilent has one of the most recognisable sounds in bass culture today. Whether within DnB, dubstep or within other bpm ranges, his deft touch and signature production takes in new sounds and influences with every release while unmistakably still remaining within his unique style. With the Touch Sound EP Xilent returns to dubstep as an original release for the first time since Choose Me II, the tune which on release around 18 months ago, announced to the world that a new star was born. Touch Sound Opening with trance like euphoric wonder, the title tracks intro is laden with trickling raindrops of melody falling onto washes of space like synths joined by the angel like spoken repetition of the tracks title. Quickly joined by a two-step breaks style beat alongside crackles and buzzes of bass, akin to a mighty machine fizzling into action, the track then catapults into a snare roll led drop. As the track finally releases, an ascending synth, each note sitting on the beats of the bar, rises up to deliver a heavily processed vocal, the words barely audible but the feeling of euphoric release very much in place. The lush soundscapes are then broken up with threatening mid range staccato stabs until a switch up which sees the bass and savage synth squalls take centre stage as melodic flourishes flutter and intertwine around the beats. A masterclass of simplicity of melody with production intricacies that will twist the mind, this is Xilent at his very finest, making dancefloor melancholia with irresistible charm. Flawless. Let Us Be Switching the tempo and beats arrangement to four to the floor, Let Us Be is introd with what initially reminisces of Daft Punk, a crunchy snare and droplet arpeggios giving a franco flavour which is then filled into a club smashing big room trance production sound, huge bass driven synths driving the track forward with peak time Ibiza fervour. The breakdown before the drop introduces the Let Us Be vocal line, filtered upwards towards the drop, once again introducing the French house influence until the drop blows all expectations away as the track drops into a relentless electro stomper, crunching bass layered with Xilents trademark flourishes. The nastiness is interspersed with synths and beauty throughout to produce a track that deifies easy classification except to say that feet will stomp, hands will raise and minds will be blown. Universe ft. Shaz Sparks Led in with cathedral echo pianos and clicks of rhythm, Shaz Sparks ethereal vocal quickly takes centre stage in the intro, backed up by wave after wave of synths enveloping the vocal with a blanket of delicate yet gargantuan soundscapes. As with all the finest production talents, Xilents work on this track lets the vocal take the lead, giving Shazs beautiful topline a synth-laden platform to soar from. This is big room trance at dubstep bpm, eschewing any lazy hands in the air rave wobbles for pure feeling and subtle production technique, giving centre stage to the vocal and in the process creating a track that avoids any of the dubstep cliches that litter 140bpm in 2012 and producing something new, innovative and packed with wonder. Mass Creation ft. Youthstar To close the EP comes a new twist on Xilents hyper speed expanding textural palette. Where Universe and Touch Sound are all about the big room, synth-laden sound of space exploration, and Let Us Be fires of crunching four to the floor, Mass Creation (ft. Dirtyphonics collaborator Youthstar) is the sound of Xilent at his most bladerunner-esque and futuristic. Like the soundtrack to a Philip K Dick adaptation, Mass Creation trades between Youthstar's rhymes backed with thudding bass kicks and Xilents warped crescendos of mechanoid mid range. This is until the second drop where a Dillinja style track switch brings in a pure robo, clipped outro, providing the strongest link sonically to Xilents previous Ultrafunk EP. Deliriously off kilter and unexpected, this is the sound of Xilent letting his creativity flow, and the only thing more exciting than this riot of experimentalism is what it means in terms of Xilents next steps. With the strength and versatility of this EP, anything is possible.