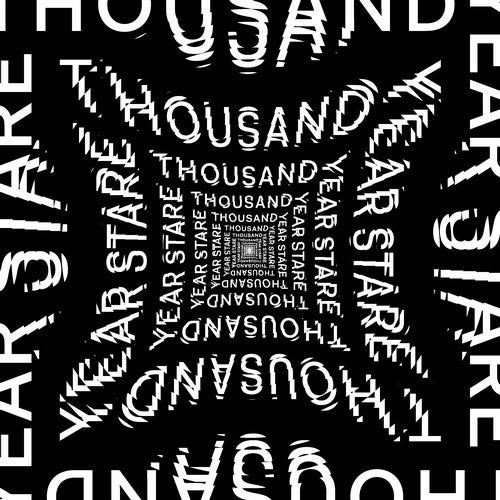 Known to his friends as Ashley Thomas, Otik has been on the come-up on the UK's club circuit for a few years now. Having already dropped some impressively forward-thinking joints through labels such as DEXT, Keysound and Nous Disques, the London-based artist now debuts on Gobstopper Records with the Thousand Year Stare EP.

While he may be based in the Big Smoke, Otik's style is very much a product of growing up in Bristol. The focus on bass frequencies and a left-of-centre approach to creating DJ tools aligns him with the city's soundsystem techno scene and its premiere artists like Lurka and Batu. Indeed, it was no surprise to find West Country heavyweight Bruce turn up for remix duties on Otik's recent DEXT EP Dioxide.

On Thousand Year Stare, Otik once again delivers a set of versatile and adventurous tunes that come liberally doused in sub bass. These four tracks manage to find room for futurist experimentation while still bringing serious heat - no mean feat and a flex very much in keeping with Gobstopper's last few releases. In particular the hefty rhythms of 'Antihero' and 'Ghost Mole' are sure to screw up some faces in the dance - the latter's slamming drums and twittering percussion are reminiscent of Tessela.

One notable evolution for Otik's sound on Thousand Year Stare is the focus on evocative textures. In comparison with some of his previous work these tracks sound noticeably fuller, with reverb and delay swelling the mid-range frequencies even as drums remain snappy. 'Antihero's beats may pack a punch, but the real hook is how Otik twists up an eerie three-note melody into a needling, seasick loop. The final result is a potent combo that wouldn't sound out of place on Bedouin Records offshoot Bastakiya Tapes.

The importance Otik places on atmospherics reaps further rewards on the EP's slower jams. Thousand Year Stare's opening title-track is a real trip, the thudding kick-drum pattern anchoring a slinky groove and hallucinatory fourth-world soundscape. It's a hugely emotive tune and one that nods to everyone from Ploy to early Four Tet. 'Thousand Year Stare' finds a companion piece in closing number 'Means Nothing'. Another harmonically rich cut, the way that 'Means Nothing' snakes along at 100-bpm links it up with heady dancehall-influenced sounds of previous Gobstopper EPs by Orlando and label boss Mr. Mitch.

Otik has broadened his horizons with the Thousand Year Stare EP. In doing so he cements his reputation as one of the most original producers in British club music's new wave.