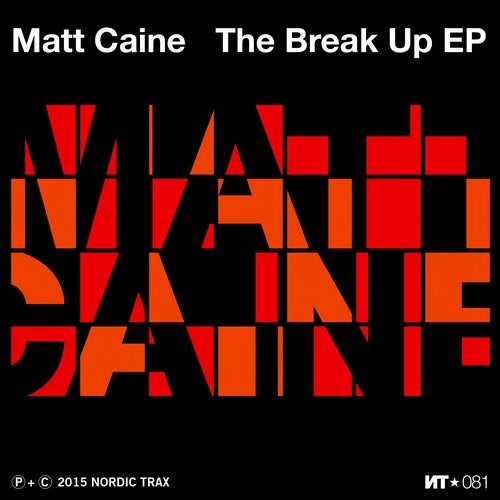 Fans of the label will know Matts work from his appearance on Jon Delerious Tree Line EP [NT077, released June 2014] and supported by Tensnake, Deep House Amsterdam, Halo (H-Foundation), Sei-A, Mark Farina and many more. On The Break Up Matt steps into his own with an accomplished release built around solid drum programming, lovely melodies and some very catchy hooks.

The last twelve months have been a break-out year for Matt. His Crime Boss EP on Calgarys Substation Recordings reached high in the Beatport Deep House charts and was championed by the likes of Pezzner, Atnarko & Isis Graham. This March he released The Elevate EP on Omid/16bs Alola Records, which cross- pollinated genres and simultaneously pushed up Beatports Deep House, Indie Dance / Nu Disco & Tech House charts alongside dj support from Nick Warren, Dale Middleton and Shur-I-Kan to name a few.

An accomplished dj and veteran of the Calgary nightlife scene, Matt is a resident at Habitat Living Sound where he has hosted the likes of Jimpster, Fred Everything, Inland Knights, Chuck Love and Luke McKeehan among others.

The Break Up EP