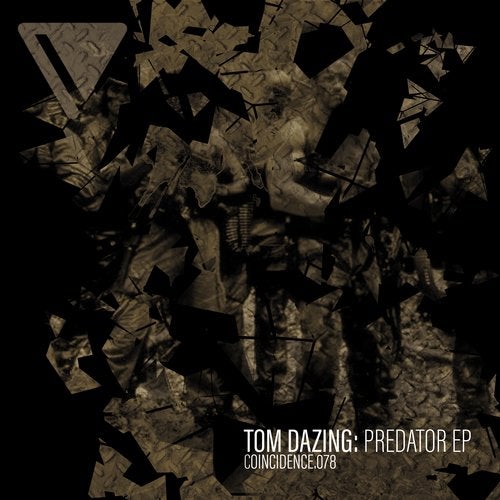 As far as friendships go, ours with Tom Dazing goes back a long, long way. He was one of the first artists to sign with Coincidence, has played on many of our label nights and always has been part of our core group. If we recall correctly, this Predator EP is the fifth EP he produced for us. But also outside of Coincidence, Tom has been busy, be it on his own imprint Thrill Recordings, on labels like Trapez, MB Elektroniks, Toys For Boys, making scores for theatre performances or under his monikers Layr or Cobra Law.

Three tracks inspired by Ahnulds classic action movie Predator. What that means is of course growling, moody, dark and aggressive Techno but as usual with Tom, he balances everything masterfully so that it doesn't just become another pounding Techno track like there are tons being thrown out lately. Listen closely and you'll discover some pretty nifty sequencing and lots of hidden layers tucked in the back, creating a rich and soundscape-filling sonic panorama.

As usual, the icing on the cake is done by adding some sweet tweaking by our masterchef Misjah at 24Mastering.