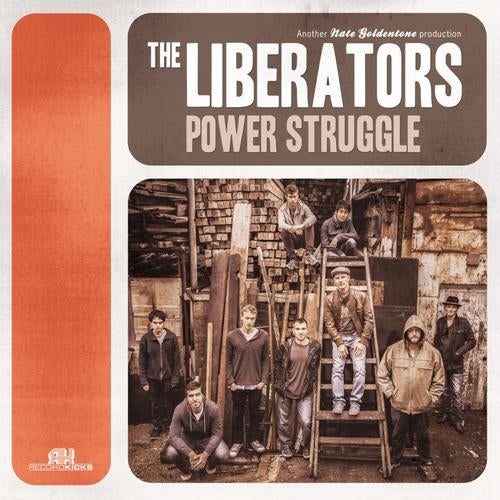 Produced by Nate Goldentone aka Nathan Aust (Dojo Cuts, The Liberators) the Australian premier afrofunkjazz combo, The Liberators, are back with the brand new album Power struggle.
Born in an unused factory space in urban Sydney, The Liberators - a compelling 10-piece Afrofunkjazz steamroller - have relentlessly pushed their sound to become leaders in the Australian Afrobeat resurgence. With their second album, Power Struggle, The Liberators have gone deeper and darker into the polyrhythmic, horn-driven realms of Afrobeat, producing eight weighty songs worthy of fueling any revolution. With a maturing mix of jazz, latin, soul and funk, it's obvious the sounds of fracturing world events echo throughout the album.
The Liberators produced Power Struggle in Sydney, recording straight to tape in a no-nonsense, no-overdub fashion, capturing the phenomenal vibe of their live shows. Some of these shows have included a roof destroying performances alongside Mulatu Astake and Craig Charles at Russ Dewbury's legendary Night at the Jazz Rooms. Power Struggle will leave you nodding your head, fist in the air, ready to join the uprising. The Liberators are back, harder and stronger than ever.