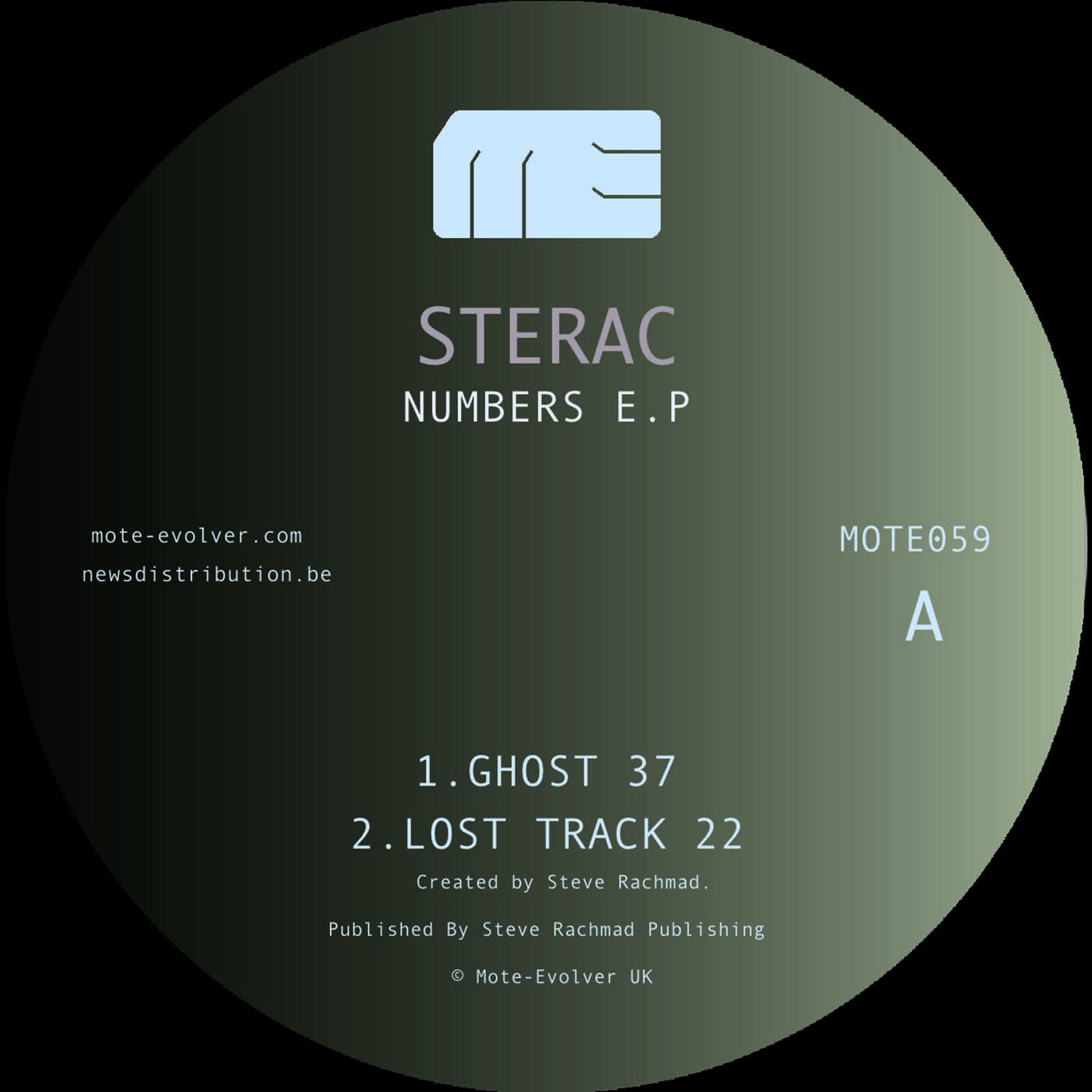 Steve Rachmad, aka Sterac returns to Luke Slater's Mote-Evolver imprint this May to release the 'Numbers' EP.

Since his earliest days in the scene, Amsterdam's Steve Rachmad has created a legion of monikers to cover his compositions' variety and broadness. One of them being Sterac which focuses on the deeper and more obscure end of the techno genre. The Sterac discography consists of signature cuts, spread out over genre-defining labels such as M-Plant, Tresor, Klockworks, Afterlife, Mote-Evolver, Indigo Aera, and Delsin.

His 'Numbers' EP sees Steve drop the first release of 2021 under his Sterac alias as he makes a return to Luke Slater's Mote-Evolver label with four tunnelling techno tracks.

On the flip, 'Rey Fur 2.1' keeps the energy flowing with a high-impact clapper featuring bustling fx and expansive tones until 'Tr-15' masterfully rounds off the EP with twisting synth flutters, rattling highs and hypnotic bass grooves intricately unfolding underneath.