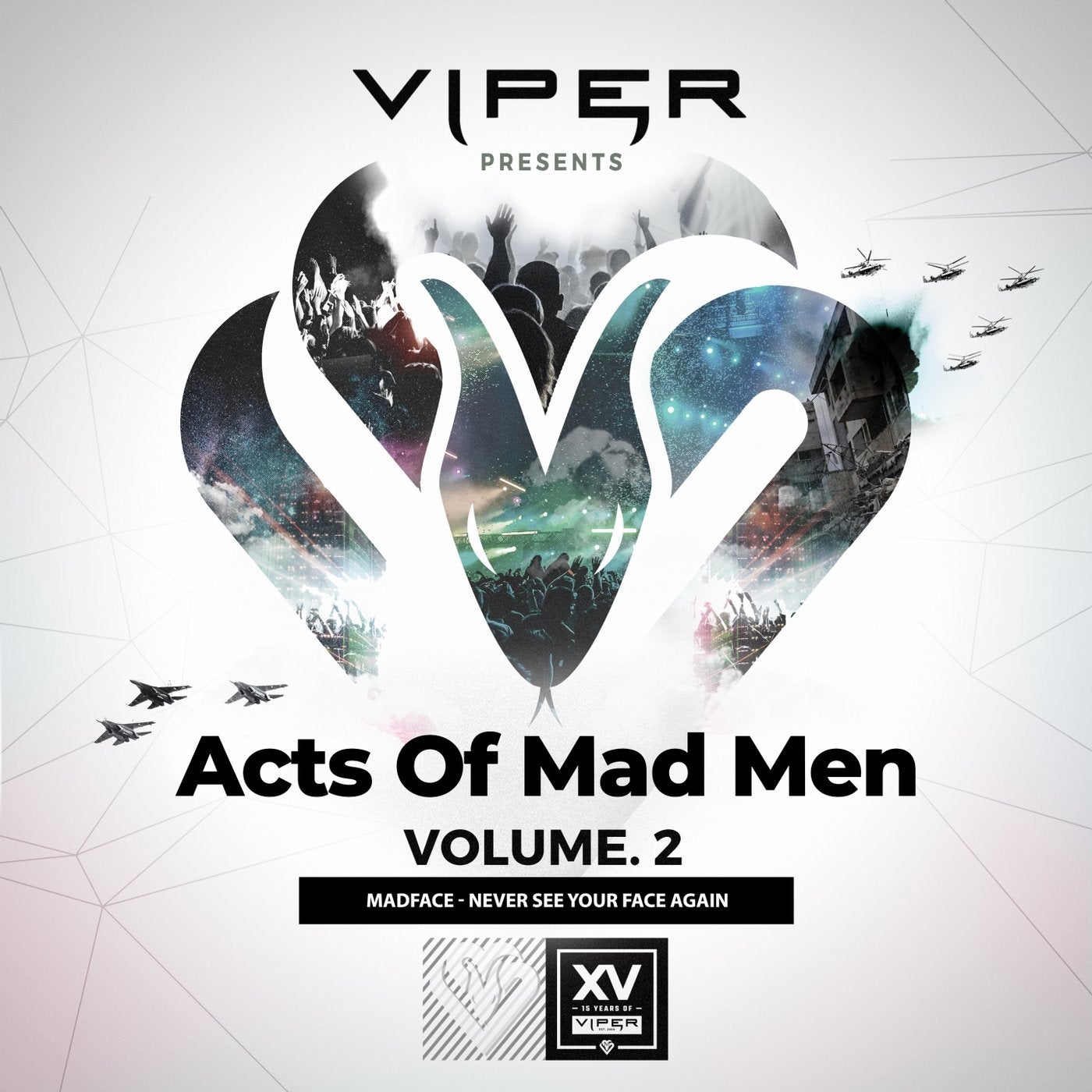 Acts of Mad Men was a release which put Viper Recordings up into the drum & bass trophy cabinet. Released ten years prior, it featured some of the biggest anthems to come through the genre in one of its formative periods, defining itself as a pivotal part of the Viper Recordings expansion and proving why they've become an intrinsic part of dance music's history. An imprint led by Futurebound, they're now entering their fifteenth year, bringing with them another stacked 'Acts of Mad Men' LP, featuring a host of heavyweight exclusives.

Having unleashed brand-new music from the second volume of 'Acts of Mad Men' through a series of singles, this December Viper will drop the full package onto an audience which has been hotly anticipating its release. The journey began with Magnetude's 'Friday', a shelling dancefloor anthem which gave the LP a seismic introduction, alongside its 80-s inspired vocal overtures. Then came the twisted rework of Insomniax 'Facehugger', provided by Insideinfo, an artist who dropped his debut LP on the label. Halflight's 'Call Back' injects the Bristolian vibes throughout the veins of 'Act of Mad Men' with his footwork inspired offering. Meanwhile, Blaine Stranger follows with 'Tension', pulling through the Viper signature with his big-room styled bassline. 'Pulsation', a record which stood as an imperative part of the Viper catalogue, is given an even meaner dimension by production duo Annix. On the flipside, talented newcomers Bmotion and Jack Mirror provide their collaborative power with 'Lust'. Yet this only marks half of the new music delivered on the LP.

The final single is presented by Cyantific and Smooth. Whilst Cyantific drops you into the intricate, emotive undertones of 'Take Me In', which still highlights his harder nuances, Smooth delivers his raucous flow with 'What You Want'. All in all, 'Acts of Mad Men Vol.2' has already presented a staggering number of high-quality releases.
For the full album release, you'll be introduced to the sounds of Ekko & Sidetrack through their breakthrough track 'Let The Light In' ft Reija Lee, now brought through the more contemporary lens of 2019. Then Dossa & Locuzzed's 'Grains' is given the VIP treatment, following their seminal 'Resonate' LP on Viper. 'Only Love' from Loko follows suit, with the frequent Viper guest demonstrating why he's a staple on their books. The bossman Futurebound pulls out his undisputed weight on 'Screwface', alongside Kronology and Dutch maestros NCT. Names like Polygon, Aymen Valentino and Showdown make an appearance next. Polygon's 'Drift Away' underlines how he's entered Viper's ranks as part of its new era, while Aymen Valentino's 'Feeling You' ft. Ami Carmine, Madface's 'Never See You Again' and Showdown's 'Infinity' draw the album to a close; 'Feeling You' from Aymen Valentino pushes a more euphoric ending, alongside the club prowess of newcomer Showdown's 'Infinity' and Madface's growling underbelly on 'Never See You Again'. Echoing the diversity showcased across the album.

These tracks wrap up a formidable collection. Although when looking at the achievements of the original LP as well as its curator, Futurebound, its second volume was sure to build on this success. That whilst also opening a new age for Viper, as it enters the next 15 years of its journey.


Madface shows his growling underbelly throughout 'Never See Your Again' which is still underpinned by strains of melody, something that's become a defining part of his production. Known for his emotive, vocal crescendos, 'Never See Your Face Again' takes you down a darker road and it highlights Madface's penchant for getting dancefloor bodies moving.