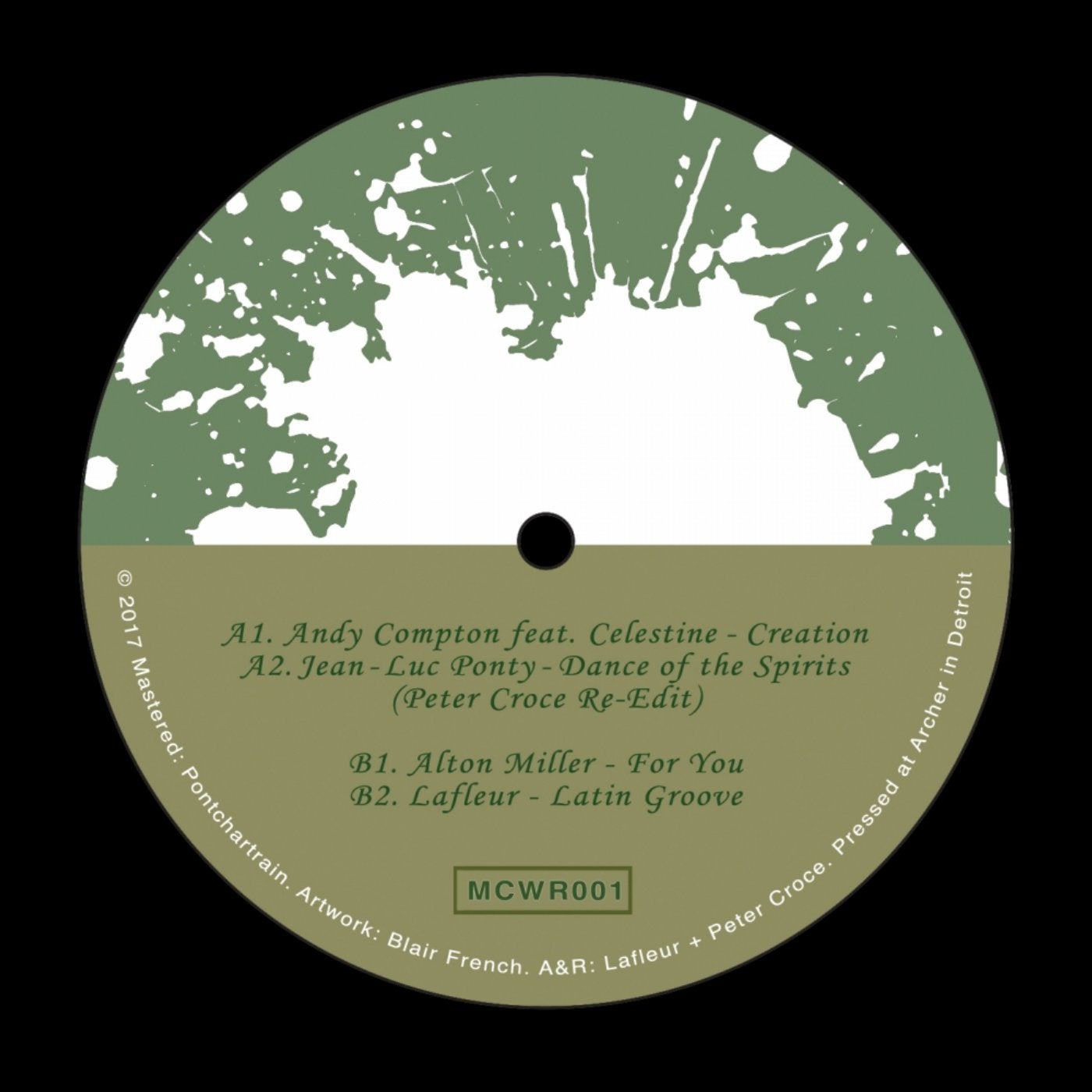 When David Armin-Parcells (aka Lafleur) first opened MotorCity Wine back in 2009, it quickly established itself as a premier underground spot for both house and disco deejays as well as the city's prolific jazz artists. Fast forward 8 years and the venue is thriving as one of Detroit's go-to venues, boasting an excessively high quality line up of both house and jazz residents, from Monty Luke and Rick Wilhite, to OG funk brother Dennis Coffey and Ian Finkelstein, to Shigeto and Underground Resistance, to the Hughes/Smith Quintet and B. Williams, to Norm Talley & Carl Craig. After a 3 year residency at MotorCity Wine, Lafleur tapped in Peter Croce of Rocksteady Disco to make the venue's mark outside of the city with this debut 12", highlighting the half house half jazz sound that makes the venue great.

The debut 12" EP kicks off with Andy Compton feat. Celestine's "Creation", a soulful yet hard-edged deep house track, driven by a bubbly bassline and Celestine's passionate harmonized vocals. Peter Croce carries the jazz torch into the A2 track, with a blissed out Balearic re-edit of Jean-Luc Ponty's "Dance Of The Spirits". Detroit deep house legend Alton Miller starts the flip with "For You", a brilliantly atmospheric yet driving afro-tinged deep house number, executed in the way only Alton can. Lafleur caps the release with "Latin Groove", an electronic jazz cut featuring live musicianship coupled with Lafleur's keen programming chops. Artwork by Blair French