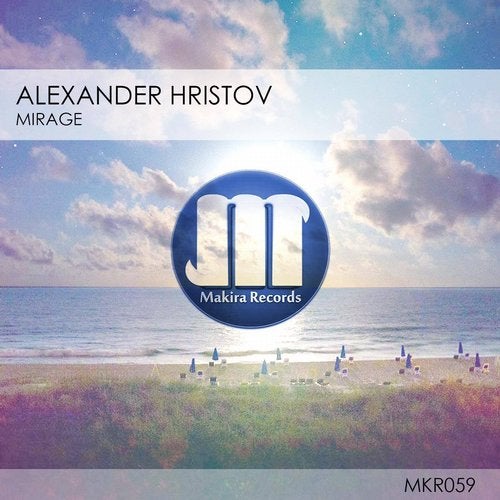 Alexander Hristov - Mirage (Original Mix)
Catalog - MKR059
Time for another quality release here on Makira Records and this hypnotic production comes from Ukrainian based producer Alexander Hristov . This phenomenal producer has made his mark on the progressive world indefinitely. With stunning productions on labels such as Big Toys Production, Azima Records and Round Triangle, it is our greatest pleasure to present this graceful track to linger around your earphones all day and night.
The alluring title of 'Mirage' captivates the listeners imagination right off the bat. The mysterious mirages that occur hold secrets, secrets that are clouded and the opening of this release takes that on board, you don't know what to expect until you are hit with those hypnotic percussions, especially the rhythm of the kicks and the hi hat accents. Following on, that groovy baseline wraps around the piano stabs, majestically formulating the base of the track until you a thrown into an oblivion of synth elements. Love itself is a Mirage after all, so real that you can almost touch it but the second you get near, it evaporates into the air like it never existed. The lyrics portray that feeling with such raw emotion that it is bound to attack an inner chord with every person. Clear yet soft vocals create a soothing aura and it blends in perfectly with the bubbly chord progression throughout, adding to that authentic evocative feeling of lost love and endless journeys for the other half of a person's soul.
This is a record that can render the coldest of people weak, just with the powerful message it states. Alexander has created a listening experience that the world lacks, something that has energy, emotion and truth, for Mirages in our lives are a constant but can be made real. Undisputedly a work of art, we hope you can feel what you feel and be free about it.
Text by: Hazra Begum
Mastering By :Alyn Sclosa