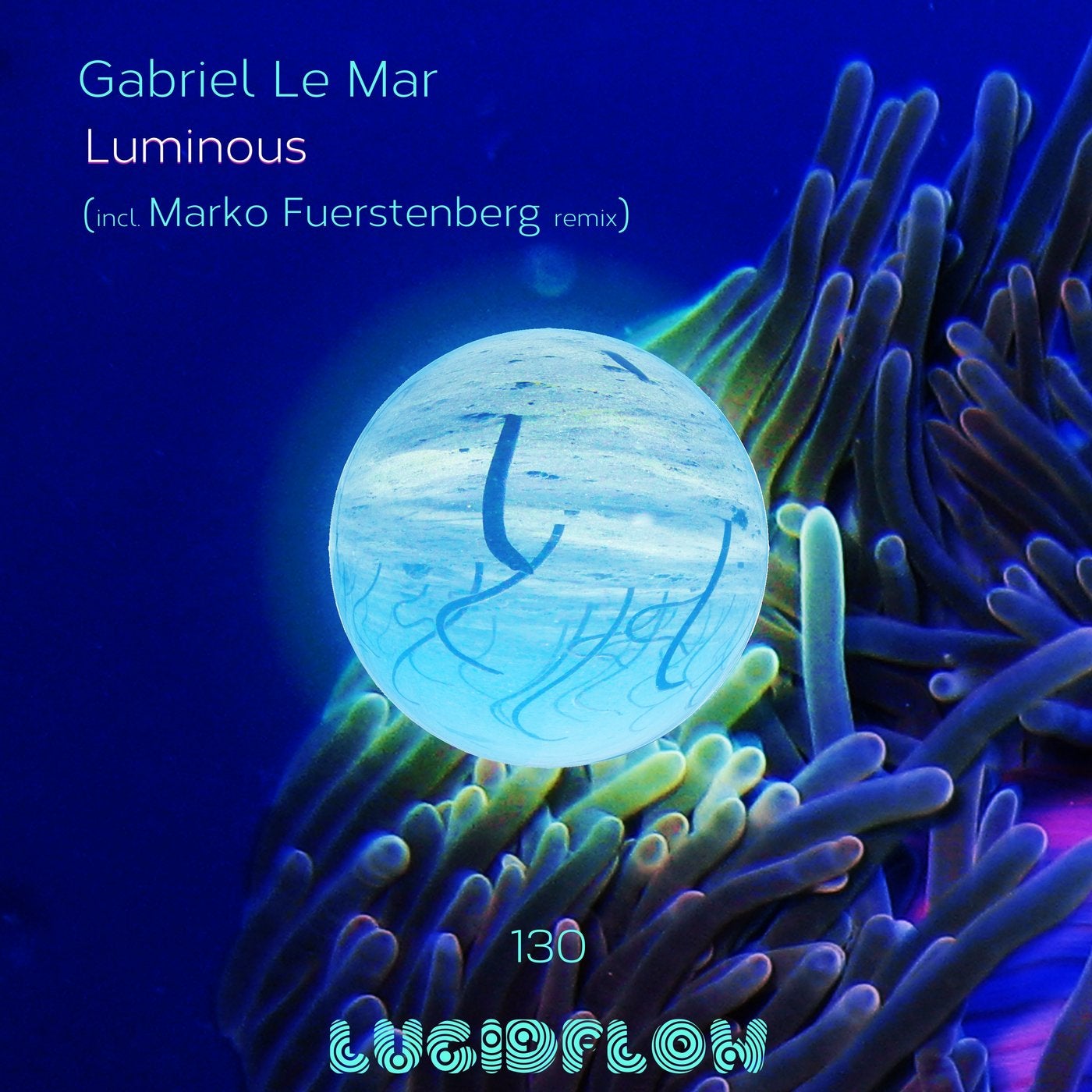 Frankfurt based producer Gabriel Le Mar was somewhat of a machine. With eight aliases to his name, with Gabriel Le Mar being his main, he has notched up an impressive fourteen studio albums dating from way back in 1999. While releases have been more sparse over the last couple of years, he resurfaces on release #130 for Lucidflow. There are certain motifs that are absolutely key for Gabriel - dub, deep, soulful, energetic, minimal - all which make up the 'Luminous' EP. However while the dub influence is obvious, it is the subtle harmonic nature that acts as a gel across the tracks. 'Among Trees' is driving, almost proggy thanks to the low murky churning chords, and absolutely honed in on the dancefloor with acutely measured rushes and drops. After this 'In2 The Blue' weaves together several strands of melody - single echoing chords, light staccato beeps, resonant chords - into a single hypnotic whole. Then 'In My Head' finishes as the most typically Lucidflow track of the trio, lower in tempo and more fully fleshed in the low end with a little acid seasoning to embellish the flavour.Marko Frstenberg takes a break from incredibly successful outings on youandme's Rotary Cocktail and Ornaments imprints to turn in a remix of 'In2 The Blue'. It is shade darker in every respect with the harmonic bounce altered into a more eyes down moment, leaving more space for the imagination to get to work in.