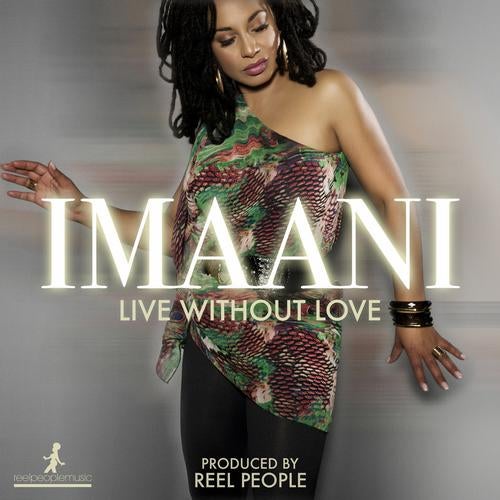 REEL PEOPLE MUSIC are delighted to present the new single LIVE WITHOUT LOVE by IMAANI.

Produced by REEL PEOPLE, the new single is another heart felt song written and performed by one of the UKs most natural and beautiful artists, IMAANI.

IMAANIs career has been quite a journey for this country girl from Derby who jumped on a train to London at the age of 19 and never looked back.

British Soul Institution INCOGNITO was IMAANIs next port of call as she became a permanent fixture on their perpetual live show and on numerous albums.

Another highlight and in her own words the biggest night of my life saw IMAANI perform to well over 100 million people and finish second in the 1998 EUROVISION SONG CONTEST.

Moving into the dance world, IMAANI teamed up with COPYRIGHT, delivering the anthems WIZEMAN, BRING ME LOVE & NOBODY, all on DEFECTED RECORDS.

In the last 3 years another blossoming partnership has been that of IMAANI & THE LAYABOUTS, firstly through the boys remix of her single FOUND MY LIGHT and latterly with FEARLESS & TOO LATE both songs featuring on the album FUTURE RETRO.

2013 will see the release of IMAANIs debut solo album.

For more info on all of our artists & releases go to www.reelpeoplemusic.co.uk