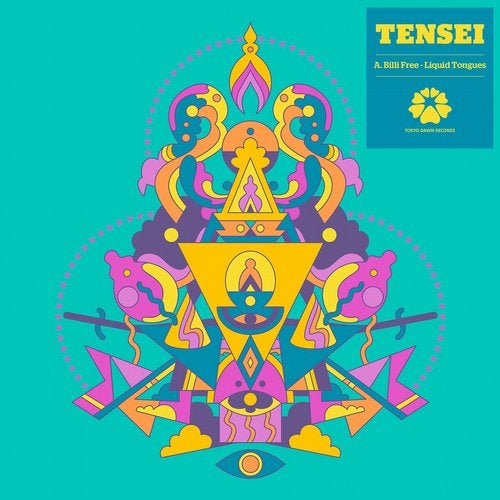 In a time where there is so much division among people due to politics, deep rooted hate, and social injustice, Tensei choose to 'Constellate', drawing on the power of postive vibrations to provide an uplifting collection of modern soul fusion.

Tensei (meaning 'Heaven Star' in Japanese) is the Chicago based producer tandem of Midas Wells and Chris Kramer. Spearheading a soulful, electronic and hip hop infused perspective to Chicago's growing spiritual jazz movement, the tandem has teamed up with the likes of Makaya McCraven, Greg Spero and Junius Paul among others for their forthcoming Tokyo Dawn release.

To introduce 'Constellate', Tensei are releasing their first single this January. 'Liquid Tongues' is about the power of word and sound and their ability to comfort or cut. Featured artists include city-reared, desert-based vocalist and lyricist A. Billi Free, harpist Brandee Younger, and videographer Shawn Johnson.