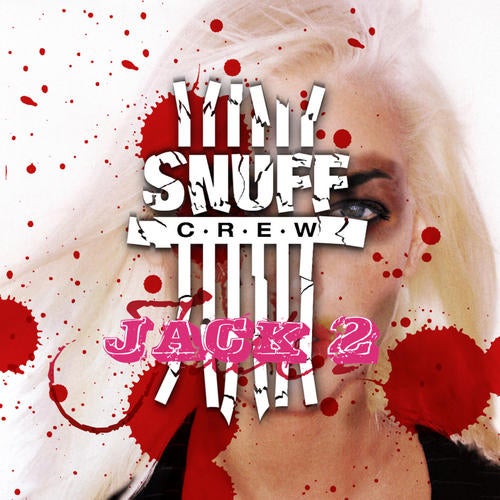 if your fondest memorys involve smoke machines and strobe lights, white doves, and California sunrises, then prepared to be delighted as Snuff Crew bring it back to jack.IDJ In 2009 Snuff Crew released their eponymous titled debut album to an unwitting audience, unleashing a long player largely made up of club bangers! Media attention focused on the albums faultless recreation of the classic Chi-Town sound, and was ubiquitous in praise, from IDJ to Rave Line, Tsugi, to Floor. On the dance floor DJs such as Konrad Black and Troy Peirce, Riton and Erol Alkan, Paul Woolford and Laurent Garnier praised and played the album, while Brodinski not only rinsed it on the dance floor but dropped it on his Tsugi magazine cover-mount mix CD! Under this shower of accolades came a torrent of live appearneces / dj sets, which the duo happily took to the road; Sonar, Nature One, Danube Rave, Rome's Lanificio 159, Das Bett, Bologna's Link Club, Casita del Marthat, the Snuff Crew sound system happily spread the gospel of Jack. After 6 months, at the start of a new decade, the tour culminated with a show stopping appearance at Snuff Crews spiritual home, arguably the temple of modern dance music, Berghain. Despite their gruelling schedule the duo just could not keep themselves away from the studio. Just three months after the release of their debut album DJ Hell, A&R for Gigolo and Label head, found himself with 10 new demos, most of which found a place in his DJ sets! What better way to launch the Digital Church of Gigolo then with a mini album of 7 new Snuff Crew tracks? New Vs Old, Analogue Vs Digital, Chi Town takes on Berlin. Bring It On! With this in mind lest meet Jack 2, a collection of new tracks from Snuff Crew, tried and tested at some of the best clubs in the world and made specifically to detonate a dance floor near you.