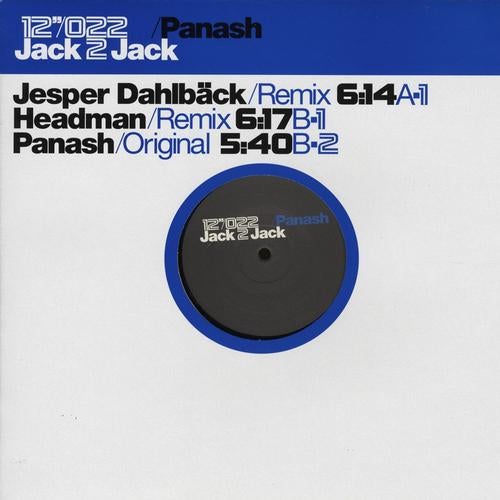 Originally released on Andrew Weatherall's Lo-Fi Emissions label in 1996...... This acid house anthem never left my record box. Last year, after seeing the crowd reaction to this "secret weapon" I decided to try and hunt down the original producer and try to sign the record to Turbo. After months of research, legal battles and broken hearts.......we are proud to announce that the long lost classic Jack 2 Jack is now re-released and re-mastered for your pleasure on Turbo Recordings.
The original still works today and shows no signs of being almost a decade old......but just for fun, we have enlisted a few "hired-guns" on remix duty. The A-side comes from Swedish Ultra-producer Jesper Dahlback (aka Lenk, aka The Persuader, aka DK7, aka Airfrog), who has always been the best.......and he delivers 7 minutes of tweaked, freaked mayhem. Already the track has been requested for Ivan Smagghe's next mix-CD. The B-side has the bomb mix from Swiss master Headman, whose disco/funk/livebass feel gets the acid treatment, and comes out a classic.
Three tracks, three versions, three killer acid mega-bombs