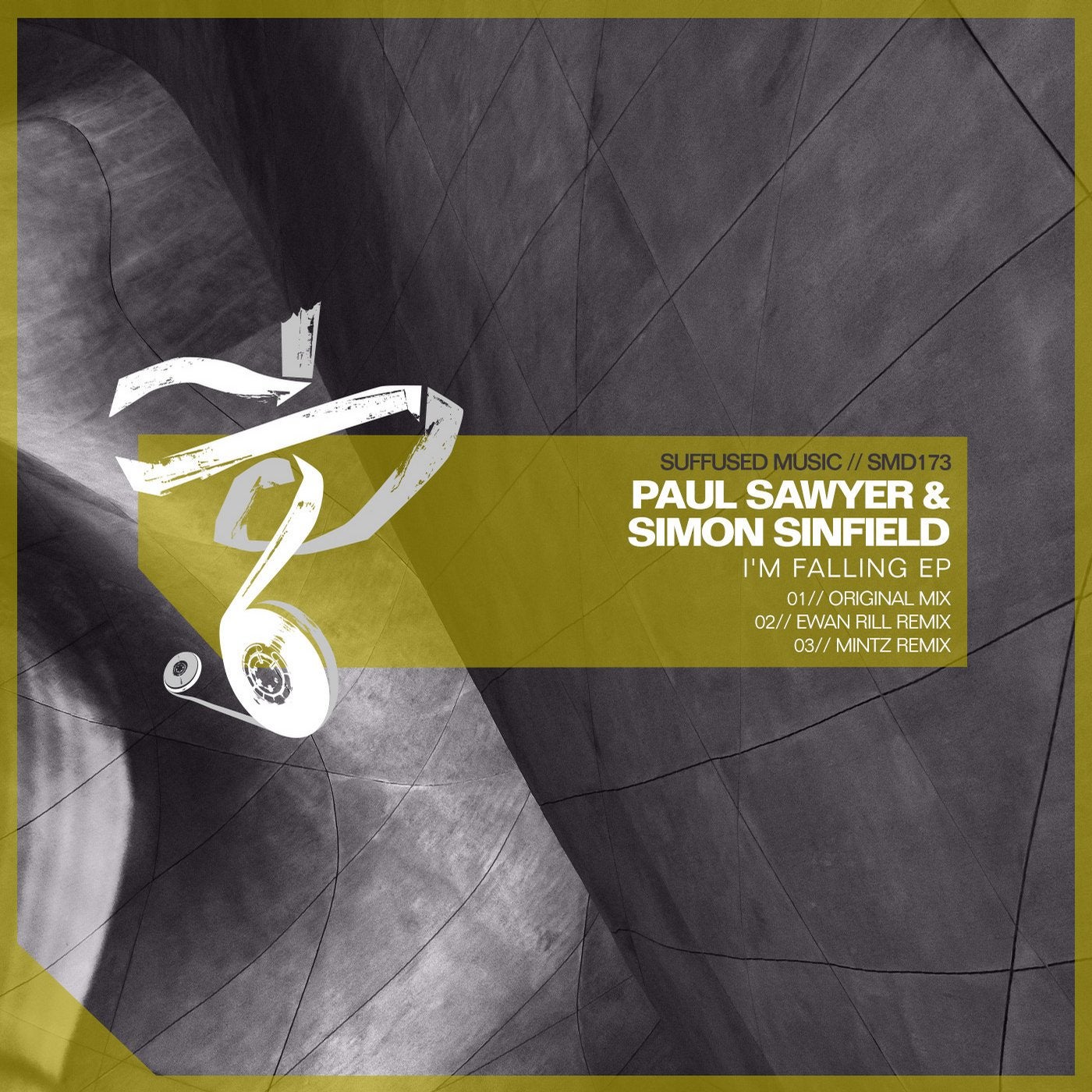 Showcasing their combined talents as part of Suffused Music's "Initializing Vol. 7" compilation in late 2015, Paul Sawyer and Simon Sinfield, hit the ground running with the elegantly crafted "I'm Falling". Resplendent in chunky rhythmic groove and catchy melodic motifs, the track placed the UK based pairing in the limelight with their vocoded vocals and retro chord stabs. Reprised here alongside brand new remixes from Russia and Israel, it is with genuine delight that Suffused Music sees all the musical pieces falling into place.

Ewan Rill is an artist who needs no introduction to the underground faithful and Suffused Music followers. Perfecting his art in the studio plus clubs around his native Siberia and the cosmopolitan Saint Petersburg, Rill has consistently performed at the upper echelons of a constantly changing industry. Since a debut for Balkan Connection in July 2011, over 1,000 Beatport production credits sit proudly next to the Russian producer's name with over 180 for the Belgrade based imprint. Supported by the 'great and good' of the DJ community including Matt Darey, Ferry Corsten and Jerome Isma-Ae, a plethora of original and remix productions have since followed for the likes of Stellar Fountain, Clinique Music and PHW Elements. A regular on the Suffused Music imprint, the "Reason to Live" and "Tower" EPs in 2014 and 2016 have been notable highlights in a stellar career as Ewan Rill returns once more with a deft reworking of "I'm Falling". Using the central melodic themes of Sawyer and Sinfield's original, combined with the shimmering vocoded vocals, Rill has created a wondrous rhythmic shell and deep bass groove that is sure to find favour on the dance floors of his native Russia and far beyond its borders. As the bass line evolves impressively in open-filtered glory in the third movement, Rill's attention to detail and additional production material is a joy to behold.

Israeli duo, Eden Cohen and Rami Shalom, have caused quite a stir over the past twelve months through their MINTZ pseudonym. Former college friends, the duo would spend time away from their studies perfecting their craft, and realising a 'synchronicity of musical vision' before the MINTZ name was thus born. DJ performances at local parties allied to numerous hours in the studio combined to provide a platform for success that was rewarded with the "Orlais" EP for Seven Villas in December 2015. Since then, Exotic Refreshment, Klangwelt and Particles has been a home to the MINTZ sound, with the latter accounting for the conceptual, "In a Lonely Place" EP in April 2017, including a high-profile remix from techno icon, Oliver Lieb. Furthermore, a collaboration with Paul Sawyer, Jourdan Bourdes, Anki and Redux Saints was also a notable highlight. Working their magic touch on Sawyer's 2015 work, the MINTZ remix is a clever interpretation that pays homage to the original while adding a carefully constructed rhythmic and melodic groove in the early stages, before developing delicately in a stripped back breakdown. Exploding into the second half with a filtered lead line that rips through the upper frequencies, a shimmering counterpoint ostinato sits alongside adding depth and texture to an impressive new interpretation.