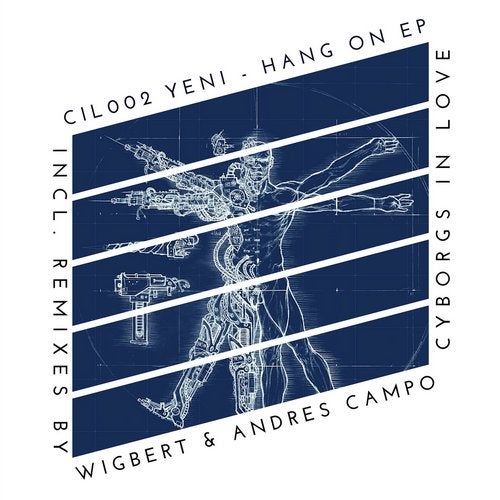 Cyborgs in Love got techno tongues wagging recently when they released the
exceptional 'Different World' EP by John Haden, featuring remixes by label boss
YENI as well as another from DJ Emerson. For the label's latest, it's YENI who takes
up the reigns courtesy of the no¬less exceptional 'Hang On' EP. A stunning
five¬tracker featuring three originals and two remixes, it's very much the sound of a
producer who's destined for great things.

Opening up the release is title track, 'Hang On'. A peak¬time jam that would suit
large spaces a la Awakenings or Berghain, it offers a trippy insight into the mind of a
producer whose impeccable techno sound has already found favour with some of the
genre's foremost acts. Wigbert then takes matters down an even more ominous
path, with his snare¬filled remix a suitably banging interpretation of what's come
before.

YENI's next original is 'Axon'. Another big¬room track, its unrelenting ethos is
characterised by its fierce clips and a thunderous baseline that's sure to shake the
room to its core. Elrow man Andres Campo then turns in a fine remix that's notable
for its clever drum work especially. A real tension builder, it's the sort of battle
weapon that's best handled with care but will go down a treat when dropped at the
right time. The EP then culminates with 'Holy Moly', an intriguing track with echoes of
Marc Houle era Minus. A playful addition to the package, it closes matters amongst a
cacophony of beguiling 8 bit sounds. Sterling work from a producer we can expect to
hear much more from over the next while.