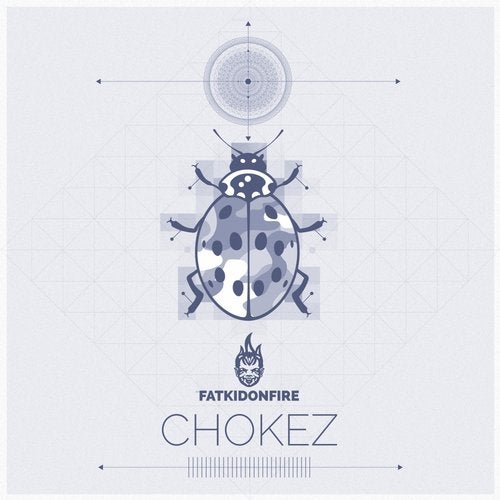 "Although our digital imprint is managed day to day by Korrupt and I (more so by Olaf at the moment - and what an amazing job he's been doing), we work with a number of trusted tastemakers and FKOF fam to source some of the material we sign. This next EP, from one of the most exciting upcoming producers we've had the pleasure of working with in 2016, came together after we were sent another tune from the musician we've signed. "As anyone who's been following FKOF for longer than a minute will know, Kaiju's 'Justice' is one up there as one of our favourite dubstep tunes. It's a truly brilliant piece of work. So when we discovered a bootleg - one that Kaiju had heard, approved and even started playing themselves - we were intrigued to hear more from Chokez, the young London-based producer responsible. A few weeks later, we'd gone through a bunch of tunes with Sam and signed what's become 'FKOFd029' (not forgetting a cheeky freebie we'll be throwing your way in the next few days). "Chokez's EP features four tunes that do well to summarise why we're so keen on the material Sam's been putting together over the last year or so. The EP drops with 'Ras Samurai VIP'; an evocative oriental-themed adventure that rolls along with its addictive synths, sampling and sparse percussion. 'Soundboi Dread' does what you'd expect from a tune with such a title, documenting Chokez's ability to craft real sonic warfare. Watch for this one in the dance! Track three, 'Madda', is our favourite on the release - and if you've been following what we've been playing over the last few months you'll have heard why. Absolute stomper with a serious groove. 'Stumble' closes the release with its experimental swinging atmosphere and loping low-end. It's a tune for those that know! "As with every FKOFd release, we attempt to push the producer responsible into the spotlight. Some EPs take more work than others but, with tunes as good as Chokez's, the music's doing the hard work for us. We know you guys will love this one as much as we do - big up Sam!"