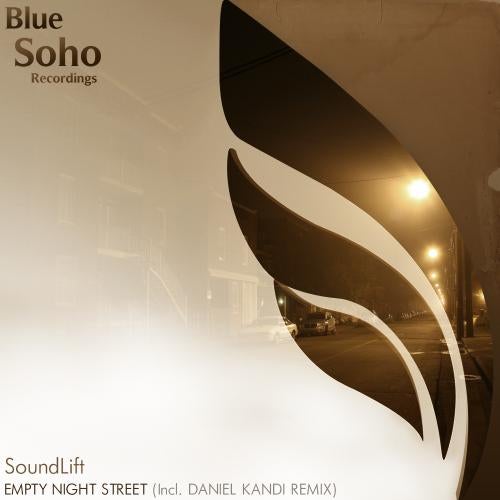 SoundLift is an artist who continues to gain momentum on the trance scene, with several plays, and a Future Favourite slot, on A State of Trance, and with amazing music to match. We at Blue Soho are very proud to hold another uplifting gem from this wonderful talent, and with none other than Daniel Kandi on the remix, have compiled yet another amazing package for all our trance fans!

SoundLift lets fly with Empty Night Street, a pure uplifter with plenty of nice touches. From subtle vocal cuts and piano sequences, to the modern two-note melodic progression, this is yet another track oozing with quality. The sounds are massive, yet the track flows remarkably well through the phases. Another real winner from the Portugese talent!

Daniel Kandi makes his debut on Blue Soho with a huge take on the original, blending his signature style of uplifting trance with SoundLift's. Changing the introductory chord progression for a more traditional piano sequence, the remix kicks off a little slower than the original, but once the break is underway and the climax is ready to launch, the track is just as huge and memorable. A brilliant way to end another stunner from us!