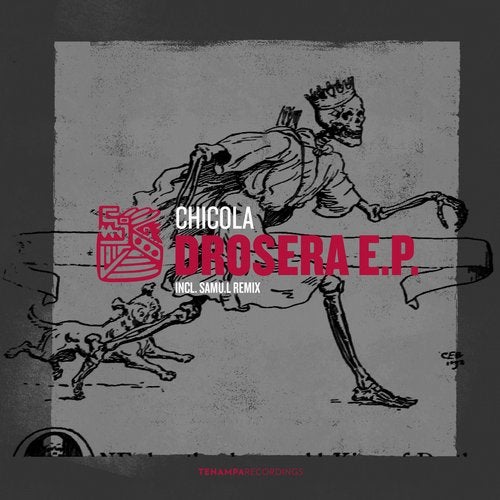 Tenampa is back with a massive release by one of the most respected producers from Israel: Chicola.

Responsible for transforming the underground House scene in his homeland, Chicola is now making giant strides on a global scale.
He has previously released music on: Sudbeat, Lost & Found, Suruba Records and microCastle.
Now we welcome him to Tenampa with his amazing: Drosea EP. A modern production, full of stabs and occasional atmospheric warm chords with brass layers of synths and pads that drive you into Chicolas wonderfully deep world... which is the whole foundation of his music.

On remix duties is one of the UKs most exciting young artists: Samu.l
Who has previously released on labels such as: Saved, 8Bit, Moan, Selador, Inmotion, and 1trax - for which he mixed his debut compilation FIVE (following Matt Tolfrey, Subb-an, Huxley and Hector in the series).

Samu.l highlights the groove and percussions of the original version, but also puts his raw signature horns touch, creating a damn fine remix!

Quality underground electronic music, focused for the best clubs in the world. Enjoy