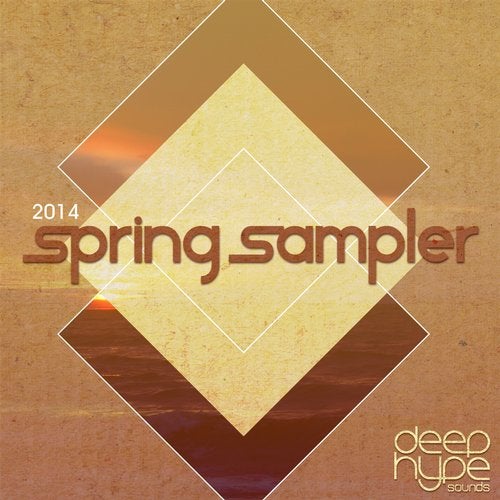 Getting us ready for the summer, Deep Hype Sounds marks a change of the seasons in presenting its Spring Sampler. DHS071, a four-track EP is focused mainly on tech house, but overlaps into both deep house and techno. Like the legs of a grand oak table, each track plays an essential role in propping up this heavy release. Featuring on this release are label bosses and core artist duo, Jose Zaragoza and Jesse Rivera, Keeping the EP a very much a family affair, the label turned to two other core DHS artists, Louie Gomez and Tony Smart, to expertly put the finishing touches to this outstanding record with a further two tracks, each with its own unique vibe. Track one comes from Jose Zaragoza who boasts releases on labels including Phil Weeks' infamous Robsoul Recordings. Appropriately titled 'Melt', this track raises the temperature and sees off the last of the winter blues. It combines swelling synths with a bassline full of momentum. Just when you think the track has peaked, you hear the boom of a vocal in the style of Paris The Black Fu. This final flourish leaves the track brimming with personality and perfect for the dance floor. Not to be outdone by his friend and business partner, Jesse Rivera steps up with 'You Can't Be Mine'. Before moving to Chicago, Jesse was originally from Detroit and he's clearly been influenced by the fatherland of techno. Deep chords wrap around a soul-infused vocal sample that runs throughout the track. Although a little more restrained than 'Melt', this is still a definitive club track, and one filled with enough warm uplifting tones to give it just as much defrosting ability. With five releases on the label already under his belt, Louie Gomez is no stranger to Deep Hype Sounds and recently became part of the label's inner circle when he accepted the role of Media Producer. Not only does Louie have a good head for business, he has also production skills endorsed by the late Godfather of house himself, Frankie Knuckles. 'Concrete Jungle' is a classic example of Louie's trademark sound, fusing lo-fi vocals from and old American movie with crisp percussion into a chugging groove full of texture. The fourth leg comes courtesy of Tony Smart who rounds off proceedings with his track 'Get In Focus'. Unlike the other three tracks that all based on feel-good house hooks, 'Get In Focus' is a tense roller-coaster of a ride, centred around the swell and sweep of a filtering baseline that bubbles