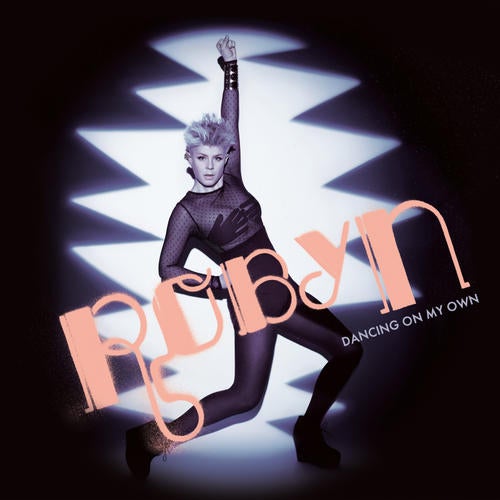 In 2007 Robyn's anthemic dance ballad With Every Heartbeat reached number 1 in the UK, this came shortly before the 2008 album Robyn was nominated for a Grammy that went on to reach platinum status.

Three years later, and the diminutive Swede is set to release a triple album in three installments. Body Talk Pt 1 (released June 14th) picks up where Robyn left off, with the emphasis on those sweeping, emotional dance tracks and the biting, quirky rap-pop with which she made her name.

Already added to the Capital, Galaxy, Kiss & Radio 1 playlists, Dancing On My Own is the lead single of this first installment of the Body Talk trilogy - and the clear successor to With Every Heartbeat.

Against an industrial techno beat, Robyn depicts a scene familiar to many: the man she loves is dancing with another woman, oblivious to her presence as she looks on. It is, as Robyn puts it, a song inspired by her love of inherently sad, gay disco anthems such as Ultravox's Dancing With Tears in My Eyes, Sylvester and Donna Summer.

Exceptional remixes come from a whole host of artists; Jakwob, Rex The Dog, Azzido Da Bass and Fred Falke, have all re-worked the soon-to-be dance floor classic for summer 2010.

Dancing On My Own