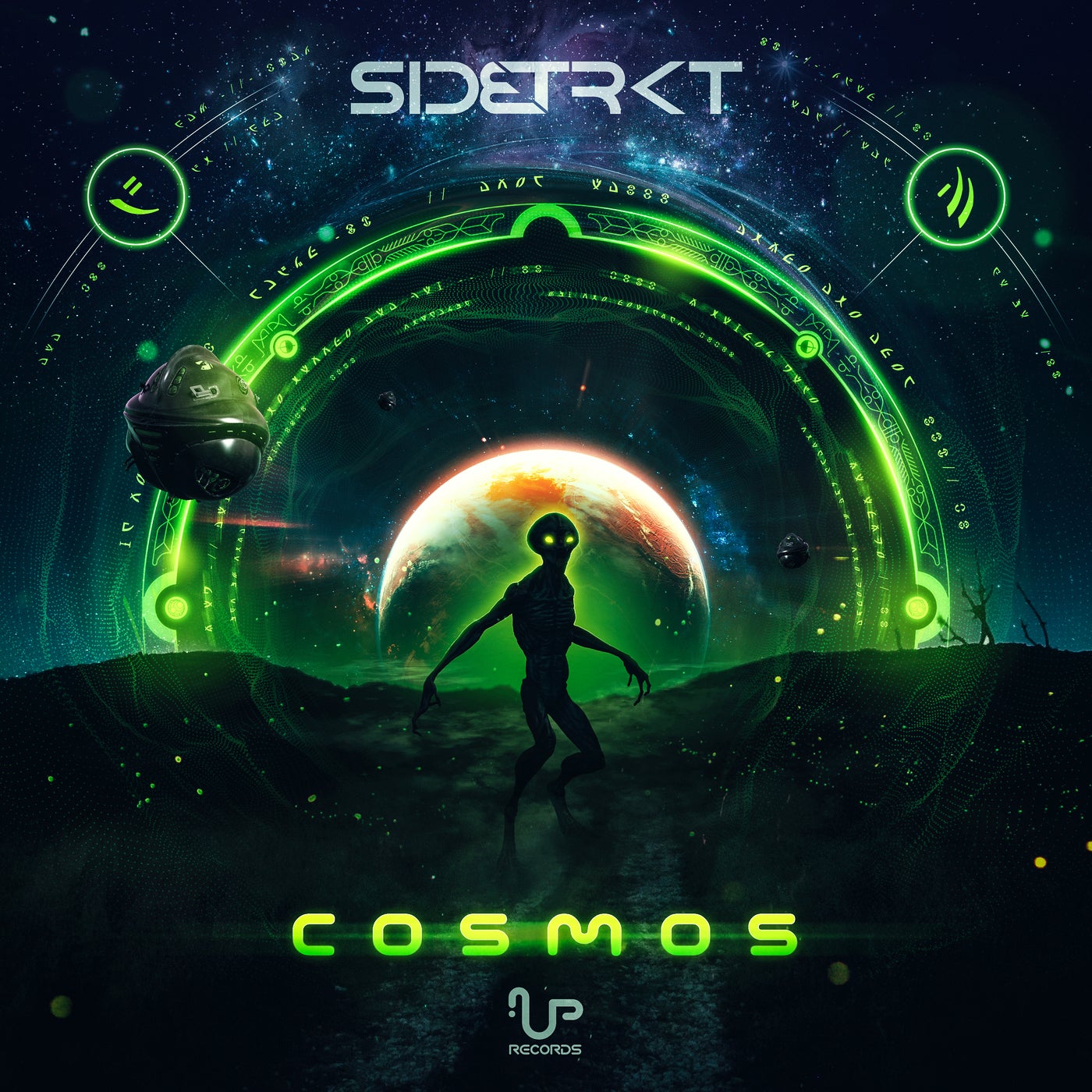 'Cosmos', is Area 51 on Acid in Stellar Space, with an outstanding surgical level of production & prowess from the 'SIDETRKT' project.

'Cosmos', takes the listener on a journey through our solar system.

'The Eagle has Landed', focuses on the 1969 Apollo moon landing mission.
Featuring historic presidential speeches by 'President John F. Kennedy'; prior to his assassination, followed by 'President Nixon'; 'Neil Armstrong'; and 'Buzz Aldrin's' historic phone call from the Oval Office to the moon.

The next stop on our journey is 'Life Beyond Earth'.
'Life Beyond Earth', follows the story of the Mars rover Curiosity, which landed in 2011.
Curiosity, landed in an ancient river bed with evidence of flowing water that had been there for possibly millions of years, implying life beyond Earth and the possibility of ancient rainforests.

For more than a century, intelligent life may have been listening to our radio waves sent into the Cosmos.
They have just detected frequencies in a unique range that they have never detected before and these come from a unknown source out there in the universe.
This is the story of fast radio bursts discovered only 13 years ago.
Dr. Stephen Hawking, gives us his view in 'The Signal'.

Do you enjoy a good conspiracy theory?

'The Tall Whites' has got you covered.
Canadian Ex-Minister of Defence goes public 'UFO's are as real as the aircraft flying over head'.
AREA 51 - was the perfect place to test fly recovered alien craft.
'The Tall Whites' is a 10 min MONSTER track sitting smack bang in the middle of 'Cosmos'.

'Roswell 1947' -
This track, has the original radio news report of the crashed spaceship found in Roswell - USA; back in 1947. Not to mention, featuring super lush soundscapes and confession tapes from those tasked with reverse engineering these alien craft.

Finally, the journey comes to an end with the title track - 'Cosmos'

This track, is slower than the rest of 'Cosmos' release titles.
'The Cosmos is all it is or ever was or will be'
The sensation of floating into the abyss can be felt in this track, which includes communication with NASA in an attempt to steer you in the right direction.

'Cosmos' is best enjoyed in front of a massive rig surrounded by your best friends.