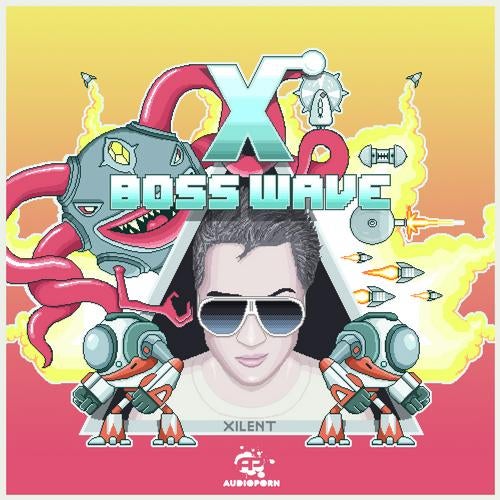 Boss Wave
For those who grew up during the golden age of the arcade, the very opening sounds of Boss Wave will bring the memories flooding back, from the barely believable graphics of Out Run when it first hit the arcade (no laughing at the back), the pride at a perfectly timed dragon punch to the the extra life secrets on Paperboy. And while the memories of the games intricacies may fade, it was those end of level talismans, the bosses, the end of level baddies that stick firmly in mind. From R-Types tail wielding level one monolith to Vendetta in Missing Link to the giant Helicopter in Shinobi, they were the true test of the arcade gamer. Essentially, this is where Boss Wave takes its lead, a giant level ending super boss of a tune, crunching and stomping over your weak attempts to fight it.

The intro to Boss Wave opens with the aforementioned arcade coin drop, which is then followed by gloriously evocative layers of 8 bit synths and a classic sounding arcade melody leading up to the drop where Xilents impeccable future club beats underpin crunchy master system bass and arcade flourishes. A switch up to his usual style certainly, but a satisfying exercise in nostalgia for the oldies and retro goodness for Xilents own generation. Xilent, as always, comes with the unexpected, but delivers another sure-fire classic for his ever-expanding arsenal of future beats.