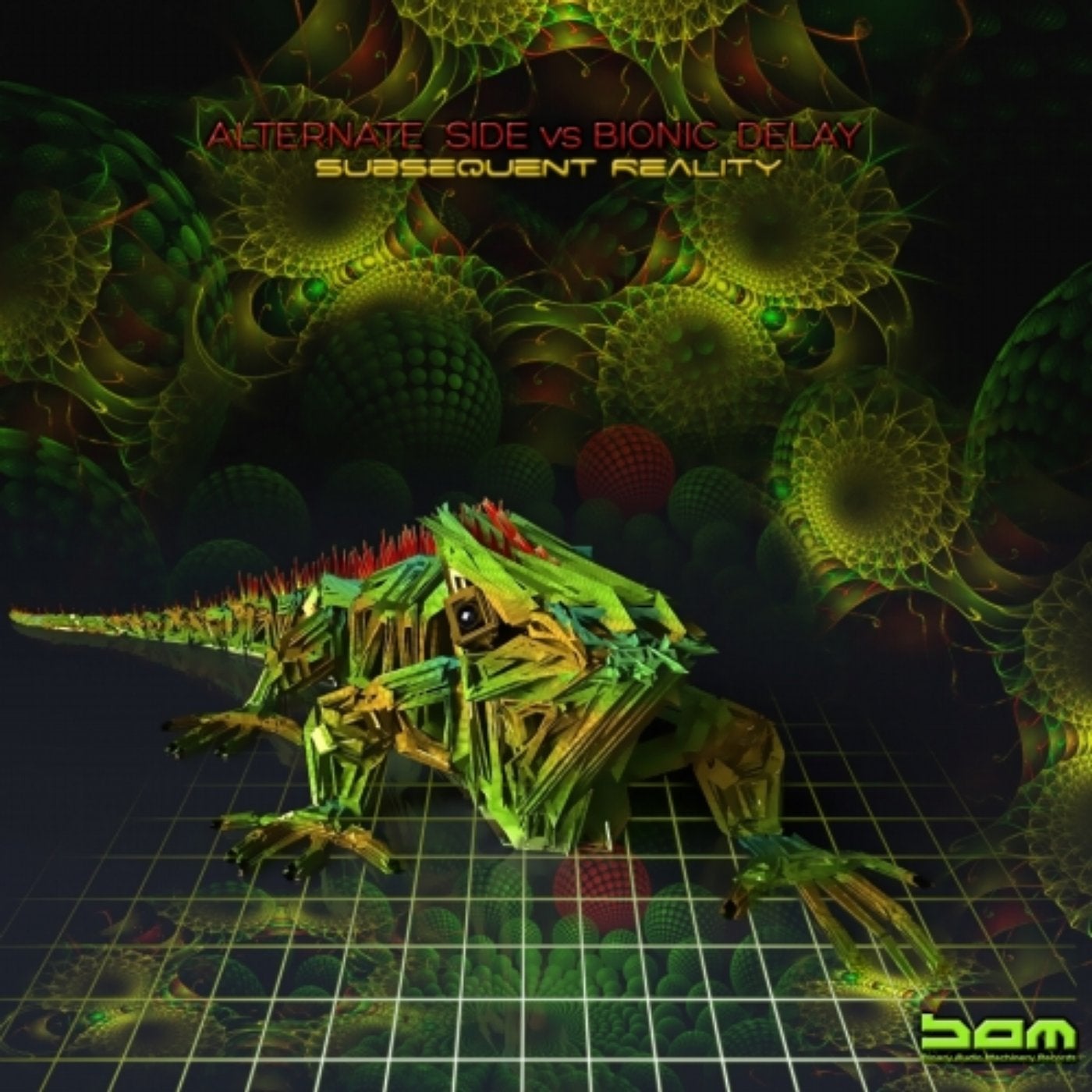 For this release we have a Alternate Side and Bionic Delay teaming up to present us their Subsequent Reality.

Alexis A.k.a Alternate Side started at 14 years old making his first psytrance creations, playing with many instruments. Almost 10 years have passed since he began to make music, since than its a long way and he has published releases on several labels from all around the world.

Bosko started with music production in 2008, experimenting with electronic music genres,
creating tons of musical pieces from his home studio.

Back in 2010 he starts producing psychedelic trance, as it was the only genre that allowed him
free expression with no limits. Late in 2011, he became a student of audio & video tech in Belgrade, where the story got elevated to a more professional level. From that point the Bionic Delay project emerged.

After releasing his tracks on various labels all over the world, he decided to make his own label,
with a help of his friend from class and a great enthusiast Ivan Nikita Dujin.
This label operate under the name of Tendance Music.

The tracks produced by Bionic Delay go from goa trance to psychedelic trance,
varying from 140 to 150 bpm. At the present time, he is still on a mission,
making every important thing in his life written in notes.
Now he is ready to blast even more, with more skills and a lot of time in front to improve.