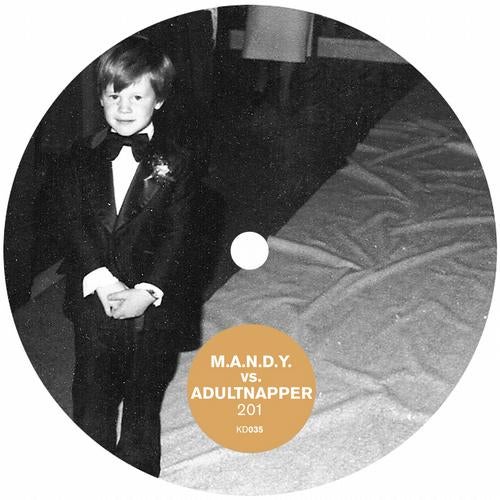 '201' surfaced in 2010, hidden on Get Physical's 8 years anniversary compilation, one year later, the boys of M.A.N.D.Y. & Adultnapper (Francis Harris) hand the track over to collegues Jona, Ben Hoo, and Findling & Pele for their take. First up is the original M.A.N.D.Y. vs. Adultnapper mix, drifting from the shore, the sound of clocks steer the ship into deeper waters. Slowly a muffled kick creeps in, bringing dark tones and a melancholic guitar lick to match the mood. Slowly the lead rises, like a dark wave on the horizon and breaks on the bow with applause, warranting celebration of a sinister kind. '201' is the track you ask your friends about, the track you sought but never found. Beautifully crafted, like perfect rain; dark, and unforgettable. Jona's Remix takes on a different perspective, taking us from a dark sea and leaning into a housey mix of tight bass lines and various synths, interlaced with the guitar licks from the original. A dancier version, lighter in feeling, gives off an island atmosphere, with xylophones reminiscent of steel drums. Findling & Pele give us their take on the matter; delicately laying a grooving, saucy mix of late night jazz hats and dampened hand claps under the deep guitar tones. This version stays true to its roots while including a few key percussive elements, adding a whole new dimension to the mix. To wrap things up, Ben Hoo ups the tempo to give us a bubbly mix of clockwork and mellow chord orgies. Keeping the spirit alive with ticks and tocks, the rhythmic edit radiates energy right down to your bones.