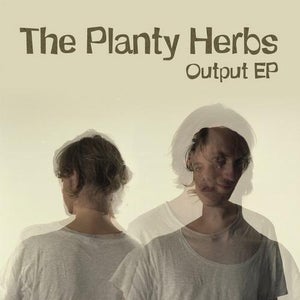 2010 has been a great year for Robbert & Bobby aka THE PLANTY HERBS - and it looks like there's much much more where that came from in 2011.

Their debut 12" release music is the word / disco 2080 (released in may 2010) got full support from dons like a.o. DADDY G. (Massive Attack) & THE STEREO MCs... both tracks were also featured on the infamous compilation NIGHTMARES ON WAX presents WAX ON records vol. 3. by then, even ambient music legend MIXMASTER MORRIS was heard announcing big tune alert upon listening to music is the word the first time.

And indeed: music is the word when it comes to THE PLANTY HERBS sound, and big tunes is what the two dutch youngsters are putting out on a regular - hence the name of this, their new EP. which came out even more like a mini album packed with... big tunes!

After spending a few weeks gigging on the balearic islands of Ibiza (aslongside NIGHTMARES ON WAX & label mate NEGGHEAD) & Formentera during the summer of 2010, THE PLANTY HERBS returned to their hometown in the Netherlands heavily inspired - only to relocate their recording studio and get busy with a bunch of fresh tunes that are now ready to spread more of that certain in-the-know vibe.

With the OUTPUT EP, our flying dutchmen are opening up the full spectrum of their production & musicianship skills for all of us to enjoy & be amazed by... no matter the style they deliver so tastefully, THE PLANTY HERBS have only just began to grow!

`This EP gives some insight into our musical environment. It was harvested with care, with some help of friends, a computer and GOOD times! 3x Hooray for doing what you like to do!?
(Robbert & Bobby aka THE PLANTY HERBS, Tilburg/ NL, January 2010)