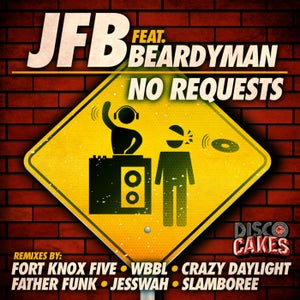 Teaming up with the multi-talented vocalist Beardyman, 'No Requests' is, straight dancefloor banger, with Beardyman on hilarious from, showcasing his range of impressions of various annoying club goers.

Watch out for more bangers from JFB soon!