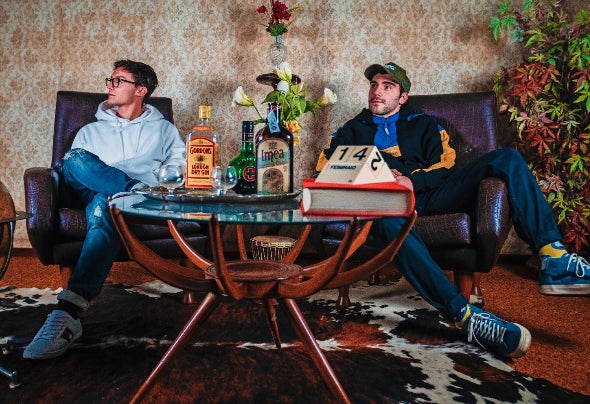 Both born in '96, Lorenzo and Federico live in North Italy (Lorenzo in Poggio Rusco, a small town in Mantua's province - Lombardia, while Federico in Mirandola, a town in Modena's province - Emilia-Romagna). WAMI started making music together professionally, three years ago. In the early stages of their career, WAMI has already achieved their short-term goals as small and independent artists. They've received support from their first releases by some of the biggest names in the EDM scene, like Nicky Romero, Klingande, Brooks, Showtek, just to name a few. They have also been featured on a few of the biggest editorial playlists on Spotify, such as “New Music Friday” (the main one and the Italian one) and “Discover Weekly.” WAMI is a dream team of production, mixing and mastering. Lorenzo is the mix and mastering guy (playing also the keyboards) and uses Logic Pro X, Federico is the sound design guy and uses Ableton Live. Both having different tasks and interests but sharing the same musical vision - creating tracks that immerse you in your feels. Their influences are slightly different. Lorenzo is influenced by deadmau5, Avicii, Alesso and Disclosure in the EDM scene and Mac Ayres, Alicia Keys and FINNEAS for more "sophisticated" commercial music, while Federico is obsessed with Porter Robinson and Madeon.