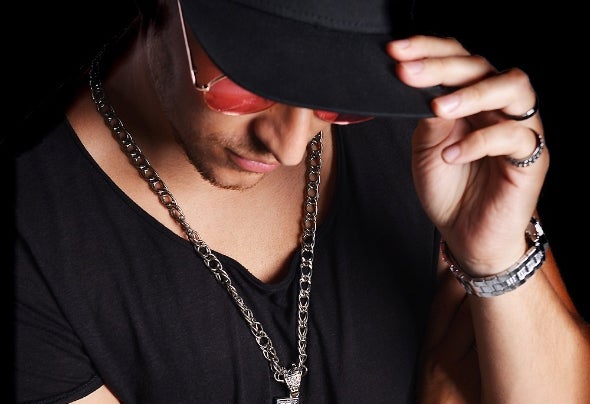 TonyLACES, Antonio Laccetti's stage name, is a DJ and Italian producer born in Vasto, who grew up with a passion for rap and Hip-Hop music.Multipurpose DeeJay, the music he proposes is a compelling mix of urban sounds like Reggaeton, Dancehall, Deep-House, Tropical House, Hip-Hop, in uenced by electronic music with self-produced remixes and sought-after pieces.In 2003 he moved to Bologna, a few years later to improve his technique he attended the Italian Academy of DJs, DJ classes and music production. After the end of the course, given the excellent results obtained, the Academy asks him to become an instructor, a role he holds for 2 years.Over the years he has been guest / resident DJ in several clubs around Italy such as Caffè Atlantico, Giostrà, Hard Rock Café, Qube and Riccione - Villa Delle Rose, was hosted by international DJ JEAN MARIE, in which he presented the o cial remix of Basketball, single with the famous American rapper Flo Rida and the Spanish singer Marta Sanchez.After dedicating much time to the production of exclusive remixes and edits, which he proposed during his DJ-Sets, he recently returned to the realization of a remix for the Latin singer Mulato Cardenas Sùbele and Volumen REMIX, published on Smilax Publishing, collaborating on the upcoming single by Kenny Ray "LOVE" out for the EGO MUSIC label and the aforementioned o cial remix of "Basketball" released by Sony Music.