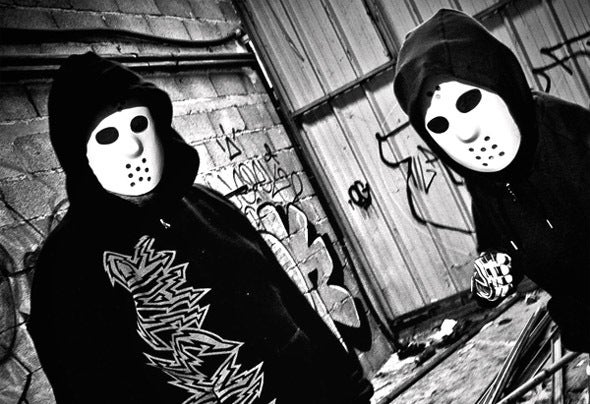 lt was a beautifull autumn day in a public dump in Palavas les Flots.Searching in the rubbish, looking for the rare pearl, Phat finally finds a magnificent SH101 in perfect condition. There was a problem though, he was not alone. Keuss, a little gnarling person, watching and envious of the scene suddenly jumped to grab the coveted object out of his hands, but Phat would'nt let him. Phat literally shook Keuss hung to the faders, trying to make him let go, but in vain.Tired, the SH101 in his hand, Phat left the dump, dragging Keus who was still holding tightly onto the object of desire. Phat progressively walked home, still dragging Keus behind him.Once he got to the entrance of his squat, Phat gave it a last try, to get rid of Keuss, but it was without counting on his determination. Resigned, he drags Keus inside.Days go by and moved by so much obstination, he decides to feed him.After three cookies and a glass of milk, Keuss finally decides to let go and frees the object. Phat can now plug the analog beast to his studio. Since then, The Frackers duet is born.Producing energetic, percussive music in the aim of drowning dance floors with Electro Hip Hop and Techno sounds.This inseparable buddies are united for the better and the worse, by the sacred digital, analogical and cookie bond.Eat da Fracking beat!!