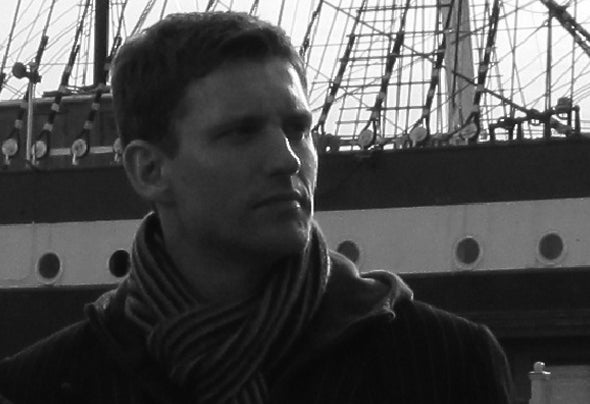 Stevie is Edinburgh born and bred and something of a late comer to the world of DJing/production. Like many others, he had a life changing experience at the legendary Edinburgh club night Taste, and it was from there that his first tentative steps into playing and making music were made.Through his parents, music was a huge part of his life growing up. His love of electronic music was initiated by an influential older brother, but stemmed largely from his own deep adoration of Depeche Mode from an early age, with their atmospheric soundscapes having a huge influence on the kind of dark progressive house and techno that has always featured heavily in his sets – and more recently has defined his production work.Stevie made his debut at prominent Edinburgh club night Karnival in November 2010, making a further 5 appearances at the club in the 14 months that followed – the highlight of those was undoubtedly appearing on the same bill as Inner City, at the closing night of the popular Cabaret Voltaire venue in January 2012.In early 2011, an offer to join friend and producer/veteran of the Edinburgh club scene Kev Wright in the studio has led to a very fruitful working relationship, with a succession of collaborations being released on various labels since then - with many, many more on the horizon.Watch this space.