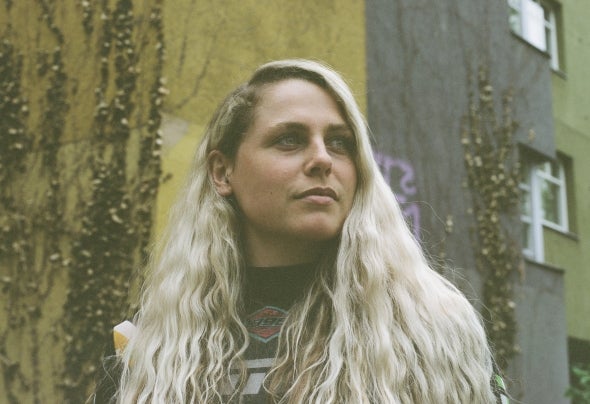 If recent times have taught us anything, it’s that Sally C ain’t messing about. The Belfast-born, Berlin-based DJ has stamped herself as one of the most exciting new artists on the scene, thanks wholly to her inspired selector skills. With a deep passion for vintage house that crosses the gamut of hip house, ghetto, and acid, right up to future-facing techno and electro rollers, she has developed a knack for selecting timeless, slept on classics that deserve the shine her sets bring. Her distinct flair on the ones and twos has seen her amass a growing following with throwdowns everywhere from Melt! Festival, Säule at Berghain, Lovebox and tours of Oz/NZ and India. Last summer’s gig at AVA Festival in her birthplace of Belfast also doubled as her Boiler Room debut. It was this auspicious gig that drew critical acclaim from RA, who proclaimed her an overall highlight, alongside with the likes of Motor City Drum Ensemble and Rebekah, noting her “musical range and technical acuity”. Sally developed her craft while living in Scotland where she went to study, running a night at Dundee hotspot The Reading Rooms. She moved to Berlin in 2015 and etched out a spot in the thriving club hub, throwing parties at Griessmuehle and her own open-air raves, all the while building a fanbase for her raw and chunky style. This was fuelled by a slew of outstanding online mixes that showcased her vibe-heavy sound for the likes of Crack, Erol Alkan’s Phantasy and a ‘Dusty Hip / Ghetto Haus’ session with Cromby that’s garnered a cult following, to name just a few! With the release of her debut productions on eponymous new label Big Saldo’s Chunkers this summer, Sally C has taken the next step in her artistic career. The tracks are her homage to the golden era of hip house and the sounds of ’88 -’98, inspired by Black innovators such as Fast Eddie, Tyree and K-Hand, whose trailblazing music has impacted her so heavily.