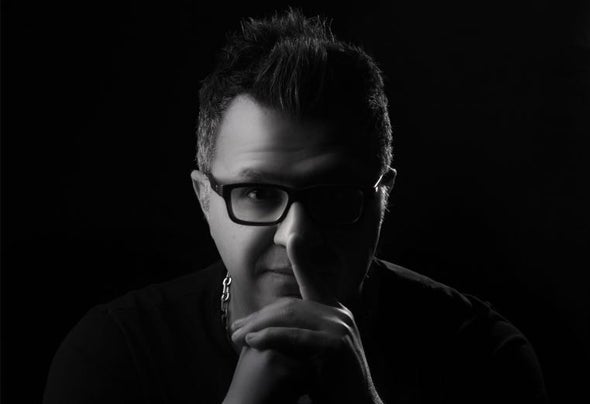 Born in 1979, S-DONZ was born and raised in Cairo, Egypt. A talented DJ and producer who has made a big impact on the music scene in the Middle East. He never feared to go too deep with his passionate musical selections that became his own therapy. Having grown up listening to funky house music (Tall Paul & FatBay Slim) and tribal house music pioneers (Danny Tenaglia & Steve Lawler), all became infused with his own love to music and ended up with quite a mixed spectrum of musical influence.  Today, this translates into mixing and producing sets where he picks apart and infuses together all the pieces of this music that he loves best. That inspired him to play his style of afro house & tech house under major labels which are «Future Groove Records» & «76 Recordings». From there he went on to produce more than 15 tracks that are listed on Beatport, Traxsource and iTunes.  S-Donz has performed alongside many renowned DJs that include the likes of Tall Paul, David Vendetta,DJ Rae (DEFECTED), Scarlett Etienne, Yves Larock, Hed Kandi, Vika Kova, Joy Marquez, Richard Murray. Performing in cities such as Budapest, Marmaris, Dubai, London, Beirut, Moscow and more.