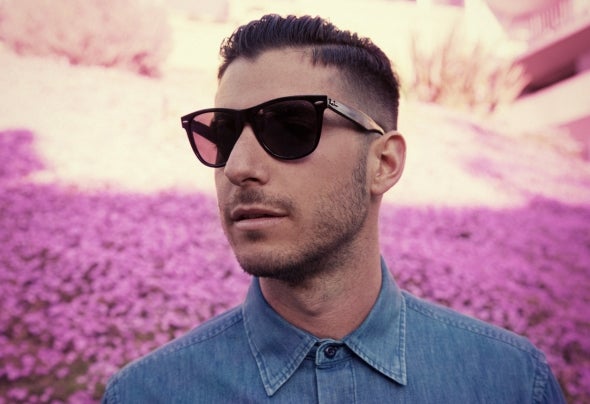 Rick Trainor got into the music game at the young age of 15 years old in Boston, fielding demos and operating a record pool to supply his network with great music and emerging artists. Since then, he relocated to Los Angeles, and has traveled the world performing at numerous nightclubs, festivals, and events sharing his passion with the like minded.While it would be impossible to name all the dancefloors he's commanded in the past 15 plus years (BPM, Lovebox), or to quantify the amount of people directly impacted by his carefully prepared selections, or even to list the many A-list celebrities who've sourced his skills to score their soirees (Prince, Diana Ross, Madonna, Leo DiCaprio), suffice it to say Rick's place at the forefront of Los Angeles's dance music scene was hard-earned over many years and without regard to the various trends that have come and gone since. His constantly evolving skill set and unwavering longevity have earned him supporting roles for some of dance music's most iconic names including Green Velvet, The Martinez Brothers, Soul Clap, Jamie Jones, Juan Maclean, Seth Troxler, Lee Foss, Benji B, Nadastrom, Lauren Lane, Doorly, TEED, Jesse Rose, Brillstein, Maxxi Soundsystem, Tom Trago, Phil Weeks, and DJ Pierre.As a producer, Rick Trainor has released original music with artists such as Vince Staples and on esteemed labels like Hypercolour, Play It Down, Soul Clap Records, and Reptile Dysfunction. His productions quickly caught the ears of artists like Janet Jackson, Dua Lipa, Spank Rock, Club Cheval and Matthew Herbert, all of whom have commissioned him for official remixes.Rick Trainor has spent the last 15 plus years honing his sound from basements in his hometown of Boston to the warehouses of Los Angeles and co-founding the group With You. As one of the most respected DJ's in Los Angeles, he regularly plays at A Club Called Rhonda, Sound and various warehouse parties in downtown LA.