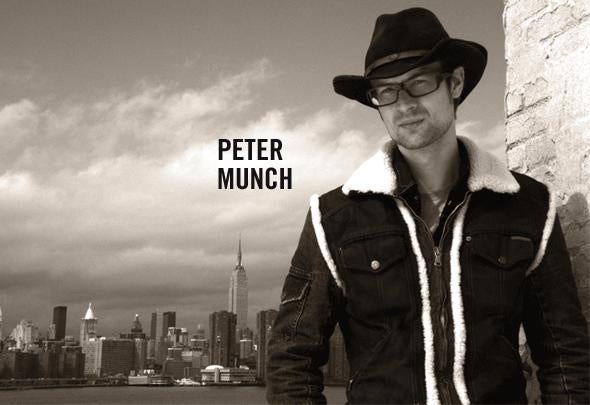 Peter Munch, originally from Denmark, has been DJing since 1993. He is also classically trained in piano and plays drums, bass, guitar and the harmonica. Having played, in his younger years, jazz, pop, soul, rock, and even heavy metal, Peter fuses these elements with his world travels to create his own unique sound. A passionate musician and producer, his talent and experience are evident in his DJ sets and productions. Over the years, Peter has brought together his experience and musical insight to formulate his own exceptional sound. Having established himself in his homeland, Peter sought to expand his horizons, moving to New York City in 2005 to learn from some of his favourite legendary artists such as Francois K (Body and Soul) and David Mancuso (founder of the legendary NYC party "The Loft"). Peter incorporates the same elements into his DJ sets as he does into his productions. "I seek organic ingredients" he says. "I prefer to use original sounds to create my productions as well as incorporating old-school funk and soul into my tech-house DJ sets." Indeed, he masterfully seams together unique and innovative elements into both his music productions and his DJ sets, transporting the audience on an unexpected journey. Peter is a master at integrating filters and hard-hitting effects and his DJ sets have already found their way to the most influential Clubs in New York City, such as Pacha, Crobar, Cielo, Rebel and APT. Peter has played along with David Guetta, DJ T.O.M & Trentemøller, Djuma Soundsystem, Audiofly, and Angel Cielo (Café del Mar) to name a few. He continues to DJ all over the world, while diligently producing in his studio – about 20 releases in one year alone! Always finding the balance between the organic and the electronic sound, we urge you to listen up as Peter Munch takes you on the next journey.