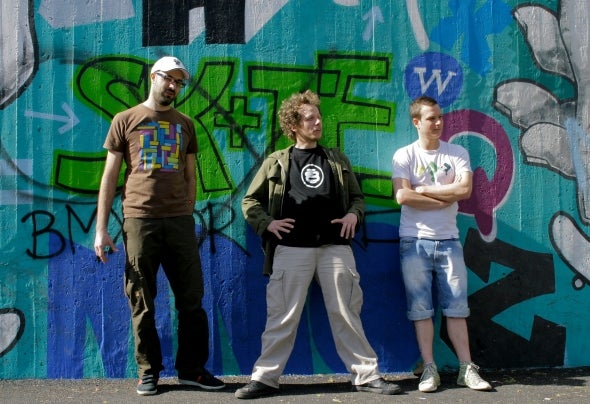 This fresh name - signed to Bombastic Jam label - stands for 3 peeps who recently have appeared in the international scene, yet their local experiences go back further much behind. Vida G., Kid Panel and Clairvo, each of t hem having t heir own weekly club- night residencies in their hometown, Budapest, had been teasing the crowd for more than a decade now.Coming from the crew of one of the local breakbeat heroes called AllNightBreakz, DJ Vida G. has been testing his funky influenced party-breaks and disco tracks for ages on venues such as Cinetrip, Sziget Fesztival, Volt Fesztival and also at internationally well known clubs like Corvinteto, Merlin Budapest or Instant where he was sharing the booth with acts like Herbaliser, Hybrid, Freeland, Krafty Kuts, A-Skillz, Pendulum, Kraak N Smaak or The Freestylers among many others. Besides playing out his tunes weekly and checking peeople’s reactions, he has also gained the knowledge of producing by making remixes for hungarian stars like Irie Maffia or Anima Sound System.Clairvo has also been supporting the nu-funk scene for quite a while now with his music reviews and radio plays on the legendary first underground radio of Hungary, TilosRadio FM90.3. Meanwhile having put in the last nine years with making bookings and promoting events with his posse namely the MustBeat Crew, he also became an expert of playing 6-7 hours long, monstre freestyle DJ-sets during many gigs and festivals like Balaton Sound or Coke Club.After several years producing songs infront of his compy, Kid Panel kickstarted his DJ carrier in 2007 by spinning together with DJ Metha from the local intrnational-star-inviter Breakbeat Massive organization. Meanwhile founding Zupabeat and playing all around in t he underground clubs of t he capital aswell as of Hungary, he has already supported for Koma & Bones, Sam Hell or BadboE - just to name afew.The threesome, separately having releases under their belts on labels such as Resense, Timewarp Music, V.I.M. Records and Breakbeat Paradise Recordings, with remixes on BigM Productions and Breaks.sk, have united to step now into the wolrd of ghetto-funk and funky-breakz by releasing their own original tracks on bombasticjam.net