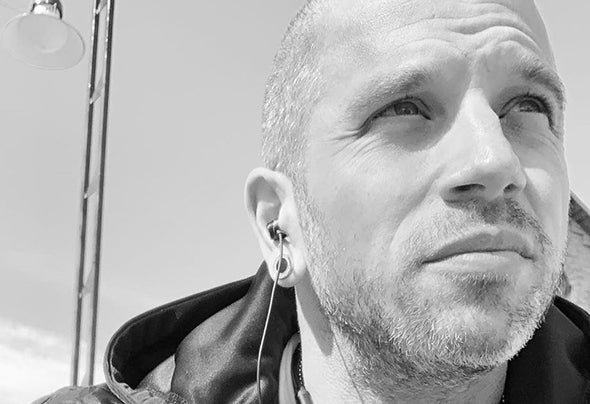 Nicklas is born and raised in Stockholm, Sweden. His passion for music started in a very young age as his father is an old jazz, blues and funk guitarist.Nicklas have been interested in all sorts of art, especially music. He played drums and guitar since the age of 8. The interest for electronic music started when a friend of his introduced him for acid and trance. Nicklas was a regular visitor at the few records stores that sold underground electronic music.In the year 2000 Nicklas planed his dream vacation, a long journey to Asia. But Nicklas became ill and he had to cancel the trip. For his saving money he bought his first dj gear. And that was the start for his career. The genre at this point was psytrance, full-on and progressive.After some years Nicklas was playing at underground parties almost every weekend in Sweden and Denmark.And he was starting to build up his name. He was playing under alias such as “Dj Nirre” and “Flash Gordon”. He also did some live shows under the alias “Tryptamine”. Under a couple of years he had been playing B2B and alongside some of the world biggest psytrance artists such as Artax, Azax Syndrom, Z-Man, Logic Bomb and more.When Nicklas got older his musical interest was changing to a more indoor and club style. In 2008 he started the record label Another Label Records that have release tracks from Pierce Fulton, Shane Silver, Gentry Jones, Frederic Van Hooft to name a few. At this point he was no playing at many different clubs in Stockholm.In 2010 a new era started for Nicklas. He has finally found his style of music, melodic and bass driving Techno and had his first release on ALR. In 2011 he decided to start a new record label called Rabbit Hole Recordings who is focusing on darker sounds like techno, tech-house, minimal and experimental music.The mixture of his melodic tech-house combined with dark bass driving techno forms Nicklas specific sound.His early dj career with psytrance, full-on and progressive has formed his style to a funky bass and melodic driving style. He is always looking for new things to have in his live sets.