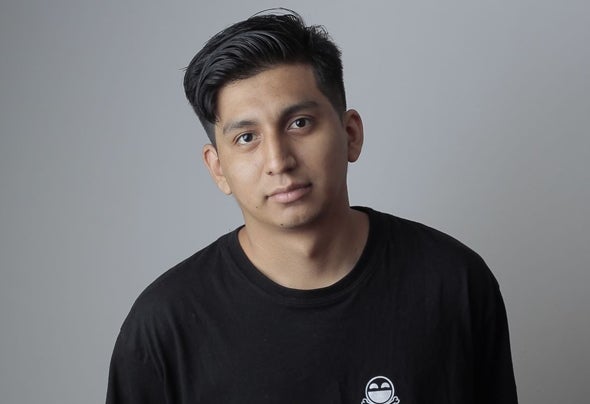 Luis Hernández A.K.A. Peque, Dj / Producer of Minimal Techno and Tech House. Founder Showcase of Gateria, Member of CAT2CAT.  Luis Hernández began his DJ role in 2011, with a Dark style and minimalist inuence, Since 2013 he forms the CAT2CAT group together with Pedro Zapata. giving a new common style between the two that was the Techno and the Latin House. Thus giving several of his productions, Edits and Remixes very characteristic in his DJ Set's.  In mid-2014, Cat2cat Forma Gateria Showcase, trying to rescue the best values in music and DJ music in the area of North Lima. In 2015 he joined Undr Lab, An Underground Electronic Music Radio, with the purpose of continuing to promote Culture underground in the sectors of North Lima. In 2016, he created a new project called Catarsis Music, with which he tried to promote electronic music in different parts of Lima, including new artists to this great showcase.