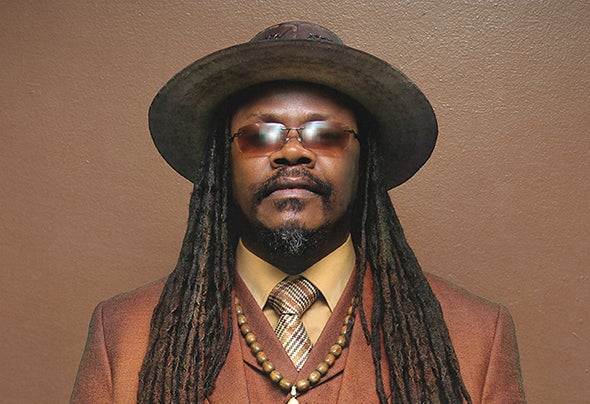 When you mention Reggae, there are certain names that immediately spring to mind like Bob Marley, Peter Tosh and Third World to name a few, but another artist that is firmly on the tip of people’s tongues is Luciano. He has reigned as the king of “conscious” reggae music ever since he emerged onto the music scene and has remained one of the most iconic and influential figures in roots reggae up to this very day. Luciano entered the reggae industry at a time when most producers were not interested in conscious uplifting material, as it was not deemed to befinancially rewarding as audiences were gravitating towards the more lewd lyrical content of the songs in those days. But he stuck to his path and by doing so eventually teamed up with Phillip ‘Fattis’ Burrell, who was one of the few producers around that supported conscious roots reggae music. The quality material produced by this partnership, coupled with the fact Luciano’s vibe was now so heavily influenced by the positive “One Love Movement” caught the attention of Chris Blackwell who eventually signed him to followed in same line as Bob Marley. This collaboration produced a string of #1 hits including an album that was vote amongst the top 30 reggae albums of all time by Mojo magazine. As a prolific recording artist, he has released and collaborated on over 40 albums to date with career highlights that include: 1999 receiving the “Key to Kansas City”; 2007 awarded an Order of Distinction by the Jamaican Government for his outstanding, global contribution in the field of positive entertainment; 2014 performing with the Royal Philharmonic Orchestra; 2015 “Luciano Day” in Hartford, Connecticut and Best Reggae Album GrammyTM nominations for 2002 & 2016.